David Warner brought a funny side out of himself and imitated Hasan Ali's celebration style. 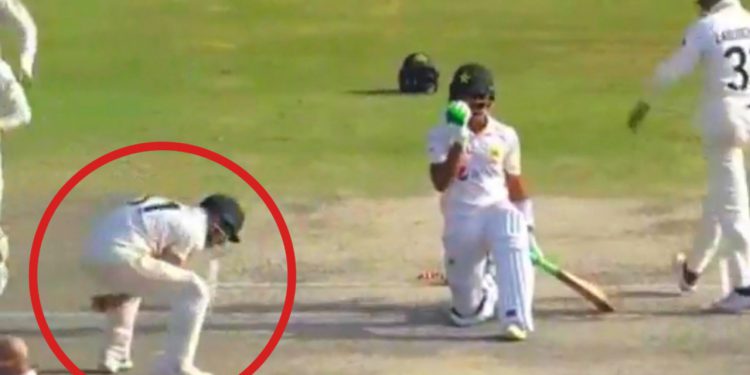 Benaud-Qadir Trophy 2022 between Pakistan and Australia came to an end today after the visitors clinched the series 1-0, courtesy of a splendid show from their bowlers on Day 5 of the third Test.

While Nathan Lyon did the job for Australia, the batting lineup led by Usman Khawaja fared terrifically. David Warner as well brought the best out of himself in the second innings and scored 51 runs. Apart from his batting performance, Warner played mind games with the Pakistani players.

The Aussie opener first engaged in a heated on-field battle with Shaheen Shah Afridi, then had a verbal argument with the umpires.

The last day of the game brought a hilarious side of David Warner, who comically imitated Hasan Ali’s celebration style after Nathan Lyon claimed the Pakistani speedster’s wicket. While Hasan tried to draw the Test, Lyon foiled his plan and got the better of him. As the wicket fell, Warner crouched down, bent his arms and jumped in jubilation.

Meanwhile, Australia won the historic series, claiming the last Test match on Friday. Nathan Lyon took a fifer, bringing the Pakistani batters down on the mat. Earlier, Usman Khawaja laid the foundation for the bowlers to take their side home.

ALSO READ: From Glenn Maxwell to Suryakumar: Players who will miss initial matches of IPL 2022

With this defeat, Pakistan suffered a decrease in percentage points (52.38) and are currently at the fourth position on the World Test Championship points table. Australia have retained the number one spot with 75 percentage points.

After the red-ball series, the caravan will move to the white-ball leg of the tour, which starts on March 29 with a three-match ODI series. The ODIs will be followed by a solitary T20I fixture, scheduled on April 5.