The pacer smashed 19 runs in a single over of Adam Milne and the skipper Rohit Sharma was surely impressed. 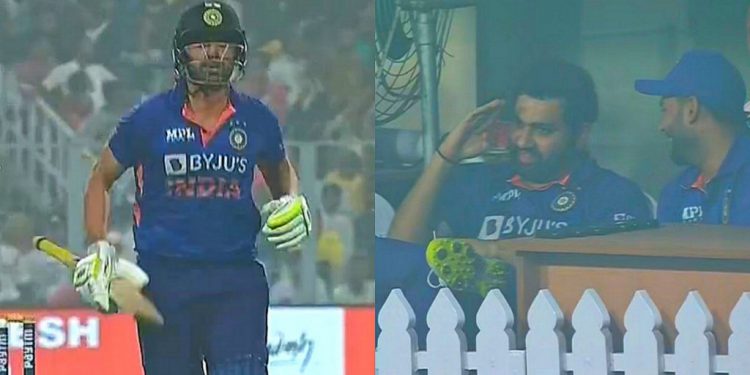 India pacer Deepak Chahar is known for his bowling prowess. Chahar has often been lauded for his crucial spells, which pushed the Indian team to victory on many occasions. However, he brought out the batsman in him in the 3rd T20I against New Zealand.

As expected, India came out all-guns blazing after opting to bat first. The openers Rohit Sharma and Ishan Kishan took the opposition bowlers to cleaners and were looking dangerous. However, their wickets gave the Kiwis a sigh of relief as the hosts were now looking for a partnership from their lower-order batsmen.

Despite losing wickets in chunks, India refused to bow down to the pressure. They continued with their aggressive approach. With the score reading 162/7 after 18.3 overs, India needed a strong finish. The onus was on Deepak Chahar to unleash the batting force within him. He did so as he smashed Adam Milne 19 runs in the last over of the innings.

The first ball was sent for a boundary and the second delivery met with the same fate. The shot of the over came in the 4th ball as Milne dropped it short. Chahar sent the ball over the ropes, courtesy of a forehand smash. Everyone, including captain Rohit seemed impressed with Chahar’s hitting skills and gave him a salute.

This is not the first time Chahar is being talked about for his batting. Few months ago, he pushed India out of trouble in an ODI match against Sri Lanka and handed them a win from
the jaws of defeat. He scored 69 runs in that game and was awarded man-of-the-match for
his heroics.

Talking about the 3rd T20I, New Zealand again failed to compete with India. Just like the other two matches, India played like a top side and clean-sweeped the visitors in the T20 series.

The tour will now move towards the red-ball with the first Test match scheduled to start from 25th November in Kanpur.