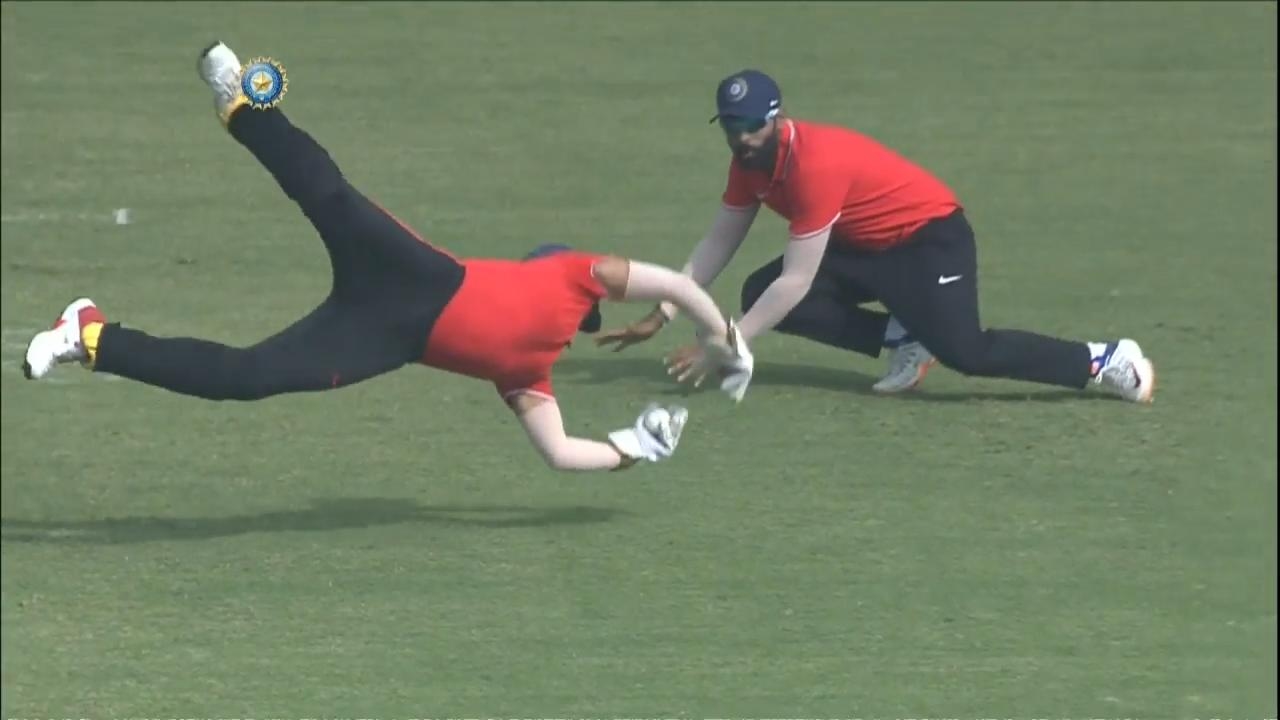 WATCH- Dinesh Kartik Took A Stunner In Deodhar Trophy Final: Indian cricketer Dinesh Kartik’s flying ability on the cricket field is one of the best things to look at. He is known for the knack of pulling off some absolute blinders. Many times in cricket history he has taken stunning catches not only as a wicketkeeper but also as slip fielder. During the first T20 World in 2007, he had taken a splendid high-jump catch at slip, fans can never forget this incident.

Meanwhile, on Monday, during the final match of the 2019 Deodhar Trophy between India A and India C, Dinesh took a stunning catch. It is looking very fantastic to watch as he took a one-handed catch behind the stumps. It all happened in the ninth over when Ishan Porel pitched a good length delivery. And then the ball took the outside edge of Parthiv Patel’s bat and went straight to the wicket-keeper.

Short Summary Of The Match

After winning the toss India B elected to bat first at JSCA International Stadium Complex in Ranchi. India B had set up a target of 284 in front of India C, thanks to Kedar Jadav’s 86 and Yashasvi Jaiswal’s 54. From India C Ishan Porel was the best bowler with figures 10-0-43-5. Thereafter in reply India C could manage to score only 232-9 in 50 overs. And India C lost the match by 51 runs. Priyam Garg was the only one who scored half-century for India C, scored 74 off 77 balls.

Here is the video of Dinesh Kartik’s Stunner