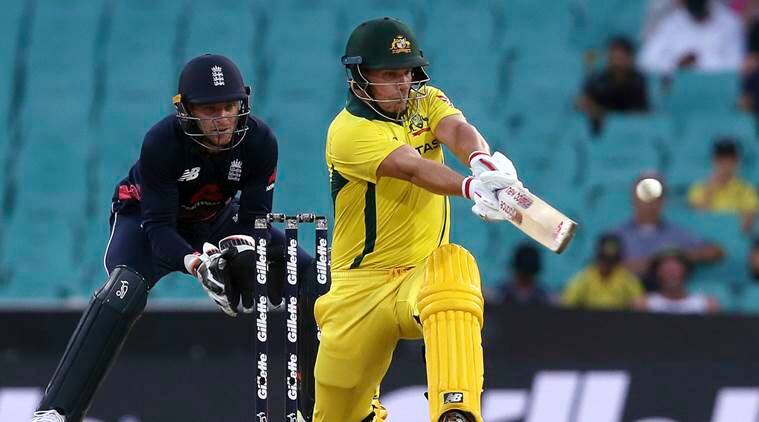 Earlier on Sunday, the England team completed a comprehensive, 6-wicket victory over Australia to go 2-0 up in the 3-match T20I series. Jos Buttler and Dawid Malan’s sublime showing with the bat; coupled alongside some smart, variation-filled bowling from the England bowlers emerged as the highlights of the series-defining win.

Despite all those brilliance, however, the English performance did have some blemishes that were far too outrageous to go unnoticed. None worse, than Eoin Morgan reviewing for his opposite, Aaron Finch’s LBW dismissal, in the 7th over of Australia’s innings.

Morgan had just introduced his wicket-taking trump card, leggie Adil Rashid into the attack. And right from the get-go, Rashid was bamboozling the Kangaroos’ camp with his remarkable flight and control. A loopy leg-break and a flipper into his over; Rashid pitched yet another sly, leg-break- to the Australian skipper, Aaron Finch, this time. It didn’t turn much outside the off-stump, though, and pitched almost plumb in-line with the stumps. A confident English camp rose in an excited appeal…only for the straight-umpire to dismiss their hopes. After some confrontation with ‘keeper Buttler and Rashid, Morgan decided to review the decision.

Now here’s where the embarrassment begins. Turns out, the ball, while pitching almost perfect and in-line with the stumps; never made any contact with Finch’s pad whatsoever. Slowed down footage showed that the only contact the ball had made- was with Finch’s bat, plumb in front of the stumps! So much hue and cry…just for nada! ‘An embarrassing review from England’, as the commentators on Cricbuzz aptly summarized it. But even better and funnier was cricket.com.au’s take, who even captioned the photo with a sad-2020-joke. Take a look for yourself!

What were you guys high on?
close one😂😂#ENGvAUS #drs #England #aussies pic.twitter.com/ppvYBx6fn4

Despite the well-executed joke, however, it was the hosts, England, who had the last laugh on the match. Barring Finch (40 off 33) and maybe Stoinis (35 off 26), none of the Aussie batsmen could get going to put up a fighting total on board. Ashton Agar, Glenn Maxwell, and Pat Cummins, each chipped in with a couple of boundaries; but it takes a lot more than some ‘couple’ quick-runs to get the better of a powerhouse, LoI team like England.

Speaking of whom, the hosts continued with their batting dominance, with Buttler (77*) and Malan’s (42) pyrotechnics grabbing the limelight. They’ll be looking forward to whitewash their visitors in the final match of the series and reclaim their pinnacle spot on the global, T20I rankings.