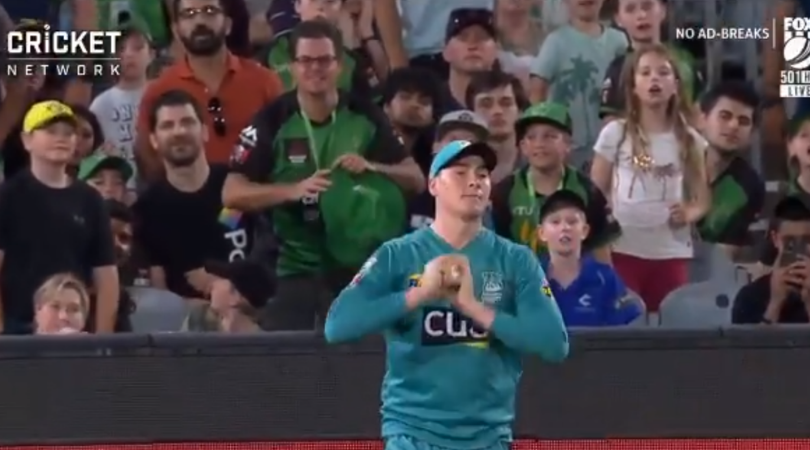 After weeks of dramatic cricket-action, the Big Bash League has now reached the week of its business-end. The final couple of games will be key to determine how the teams finish on the points table. With each result carrying substantially increased value, it’s no overstatement to say that the excitement-levels have hit the ceiling.

As it is the surrounding hype has escalated to a fever-pitch; and with the sensational performances players are coming up with, the buzz doesn’t appear to wane out anytime soon. Talk about today’s clash between the Melbourne Stars and the Brisbane Heat. Brisbane’s South African import, the flamboyant AB de Villiers hadn’t made his presence felt in the tournament yet. Thankfully, ‘Mr. 360’ decided to unleash his brutal-best right when his team needed him the most. Batting in a do-or-die match against the table toppers Stars, de Villiers made a strong statement of his magnificence with a blistering 71-run knock. The innings came off just 37-balls, laced with 2-fours and 8 giant sixes. Alongside captain Chris Lynn, the duo set the tone for Heat’s impressive total of 186-5.

The Stars had a point to prove, and more-importantly, a frustrating, losing-streak to snap. Unfortunately, none of their batsmen really ever looked in the tone to seal-off the chase. The leading run-getter of the tournament, Marcus Stoinis, departed soon scoring only 17-runs. Peter Handscomb and Nic Larkin tried to put up a fight, but ultimately, the total proved to be 71-runs too high for the hosts.

During the match, a fan gave a good-example for the massive-excitement level that we talked off. The stars were batting at 70-4, when batsman Nic Maddinson holed-out an easy catch to Matt Renshaw. The catch, effectively, hammered the final nail in the Stars’ coffin; a sad-reality, that not every fan at the MCG could accept ceremoniously. Let’s see if you can spot the said-fan in this 7-second long summary of the match.

Speaking of the points-table, the clinical victory has taken the Heat to the fifth spot. The Stars, despite their 3-match losing streak, will end the group stage as the table-toppers with 10-victories. Over the next 3-games, Brisbane will be in a close-tussle with Hobart, Perth and Sydney Thunders to book that coveted final slot on the table. The Stars have already booked their spot in the play-offs, alongside Adelaide and the Sydney Sixers.