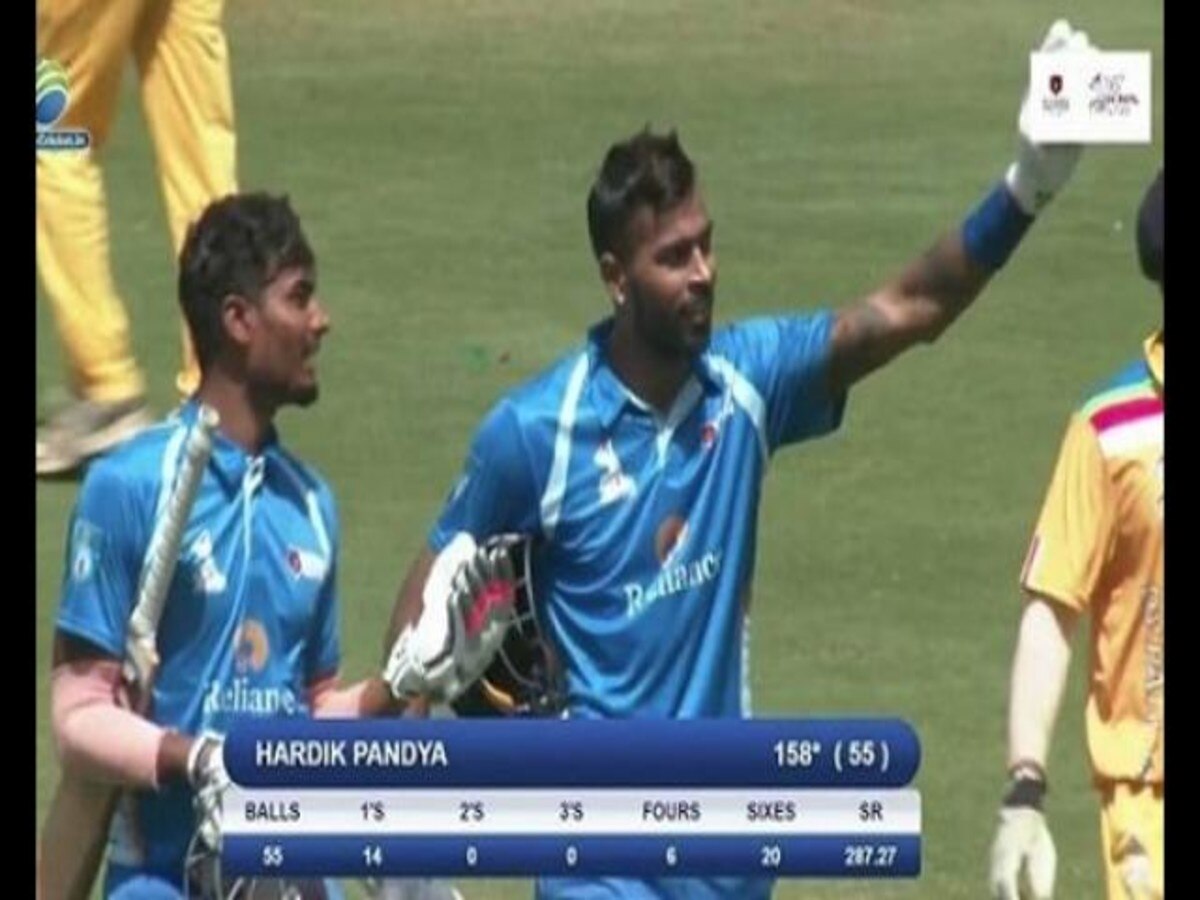 All-rounder Hardik Pandya emerged as one of the highlights of the recently concluded DY Patil T20 Cup in Mumbai. The 26-year old, representing Reliance 1 in the tournament, gave a solid exhibition of his hard-hitting all through the tournament. Of the 2-centuries he compiled, the most recent one came on Thursday, against Bharat Petroleum Company Limited. During his 55-ball stay at the crease, Pandya cleared the fence as many as 20-times; eventually finishing unbeaten on 158-runs. The knock came at a vital time, with Reliance one struggling at 10/2 when Pandya came out to bat.

Needless to say, ‘Kung-Fu’ Pandya’s prolonged batting brilliance set a good-number of fans on fan-frenzy mode. In fact, moments after Reliance-1 completed their 104-run victory, hundreds of fans charged into the pitch screaming Hardik’s name! Some of them even stayed back close to the dressing-room, likely awaiting a chance to meet their favorite batsman in person. Check this video out to get an idea of the frenzy we’re talking about:

Hardik’s domestic success translated well onto the international scale, as he received a call-up to the national side for the series against South Africa starting from 12 March at Dharamshala. Ever since the conclusion of the 2019 World Cup, a series of recurring back injuries have kept him in-and-out of the national side. The last time he donned the national jersey was in a T20I against South Africa at Bengaluru last September. Post that series, the injuries seemed to relapse, so he decided to undergo a full back surgery in UK. That happened in October, and Hardik did look ready to be back for the home series against Sri Lanka, but ultimately decided not to on some insistence from his trainer.

Things however do appear to be shaping up well now, as Hardik himself admits. Speaking to media after the match, Hardik expressed happiness over getting some game time before international assignments. “For me it is a good platform to see where I am currently and test my body. I am really happy with the way things have gone”. He also elaborated on his fine batting-form, particularly his improved big-hitting skills. “If it’s there in my arc, I just back myself and go for it. Most of the time, it comes out pretty well. There is no plan that I am going to go out there and smash it.”