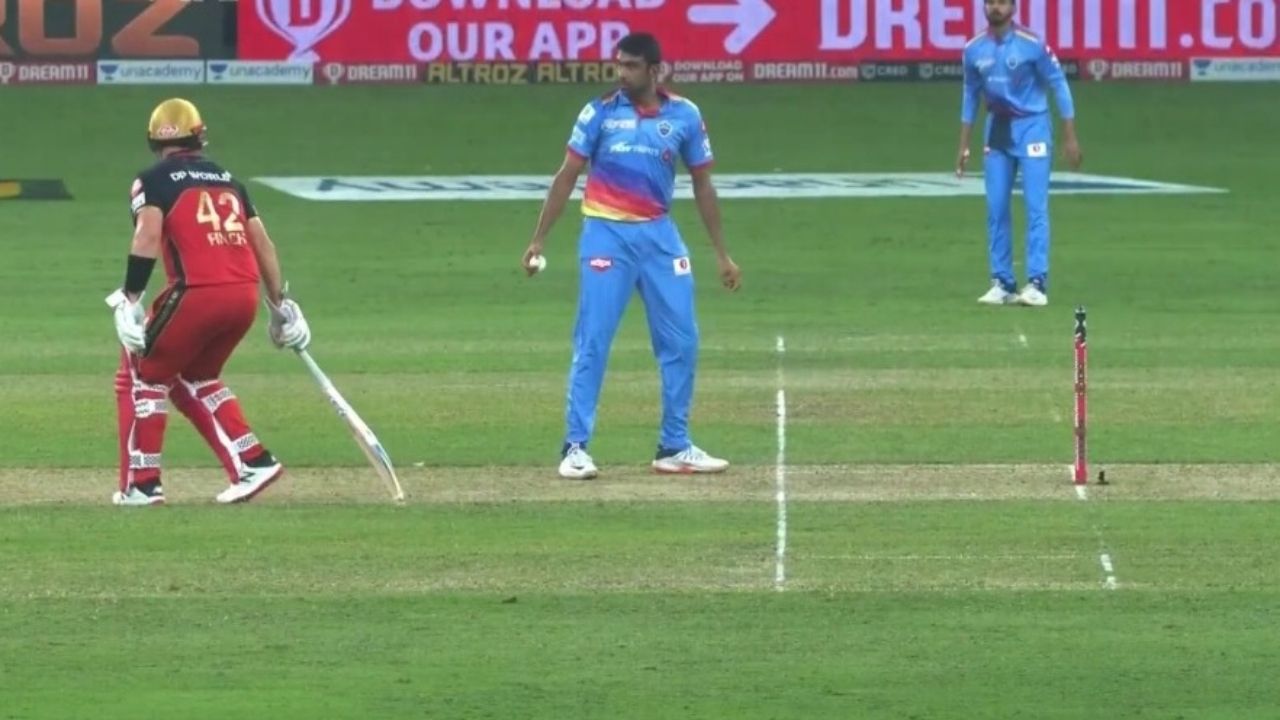 It’s still early days in the IPL but Delhi Capitals are on a roll with 4 wins under their belt out of the 5 matches they have played so far. They have performed exceptionally well as a team and outplayed their oppositions in all the departments. Ravichandran Ashwin played only his second game for the Delhi Capitals against Royal Challengers Bangalore on 05th October and reminded everyone of an old incident from 2019.

In the year 2019, Ashwin who was leading Kings XI Punjab had Mankad Rajasthan Royals opener Jos Buttler while defending the score of 185. Buttler was going strong at 69 off 43 balls in the chase when he was Mankad by Ashwin without any warning. Ashwin is a part of the Delhi franchise this year and the head coach of DC, Ricky Ponting had already talked to the bowler about the 2019 incident.

In the match against RCB, Ashwin warned Finch as he was trying to leave his crease before the ball was bowled. The interesting thing about it was that Ashwin didn’t go ahead and Mankad the batsman, instead he gave a warning to the batsman first. Ponting must have made it clear to Ashwin to avoid Mankad the batsman, hence he refrained from it.

The incident took place in the third over of the RCB inning when Ashwin was bowling to Padikkal, and Finch at the other end tried to leave his crease before Ashwin delivered the ball. It is not against the rules to Mankad a batsman, however many cricketers don’t approve of it since it is against the spirit of the game.

Ashwin proved very economical for the Delhi Capitals as he only gave 26 runs in his quota of 4 overs, claiming one wicket in the process. All the DC bowlers put on a great show and restricted RCB to 137 winning the match by 59 runs. Delhi Capitals are now at the top of the table with 8 points.

He wrote on Twitter, “Let’s make it clear !! First and final warning for 2020. I am making it official and don’t blame me later on. @RickyPonting #runout #nonstriker @AaronFinch5 and I are good buddies btw.#IPL2020.”

Let’s make it clear !! First and final warning for 2020. I am making it official and don’t blame me later on. @RickyPonting #runout #nonstriker @AaronFinch5 and I are good buddies btw.😂😂 #IPL2020