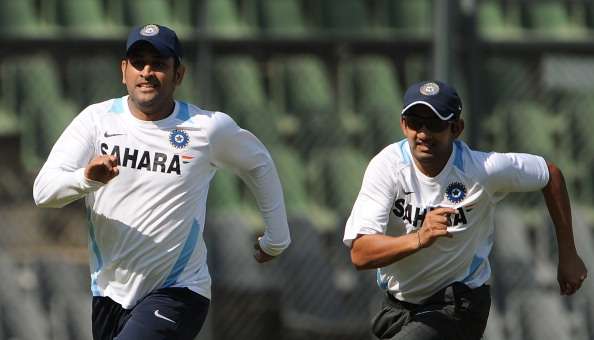 Former India opener Gautam Gambhir shares a brotherly friendship dynamic with his ex-national captain MS Dhoni. The Delhi-born Southpaw batsman has never shied away from calling out certain doubtful aspects of Dhoni’s erstwhile captaincy. But at the same time, Gauti has always thrown his weight behind any unfair criticism that comes in Mahi’s way. The mercurial batting duo have enjoyed some of the country’s proudest cricketing accolades together; 2007 WT20, 2011 ODI World Cup and the pinnacle test-rankings in 2009 being a select few of them.

So it’s no surprise to learn that the two of them have shared several intense moments of friendship between them. Over on a recent interaction on Star Sports Cricket Connected, Gambhir spilled some facts on one such interesting incident. In a candid conversation with Kumar Sangakkara, Graeme Smith, and Jatin Sapru, the 38-year old ex-KKR skipper reminisced about the time when he was roommates with MSD.

“We were roommates for more than a month. All we used to talk about was ‘hair’ because he had those long locks back then. We talked about how he would maintain his hair and all that stuff,” Gambhir revealed.

“We had a small room, so we both slept on the floor”- Gautam Gambhir

But that’s not all. Gauti went further ahead and looked back at the time when he and his ex-roommate made the convenient decision of sleeping on the floor. “I remember that we slept on the floor once because we had a very small room. We discussed how to make it bigger. So we removed the beds out of the room and we both were sleeping with the mattress on the floor. I’ve got to say; it was a great moment, we both felt very comfortable,” he spoke with nostalgia.

What if @msdhoni was your roommate?

Gambhir believes that the ‘floor-bunking’ experience brought them, which helped them in getting to know each other well. “We were both young, MS Dhoni had recently started playing international cricket together. The Kenya tour, the India A tour to Zimbabwe- we spent a lot of time together. But when you share a room for a month and a half with someone, you get to know a lot about that person,” he concluded.