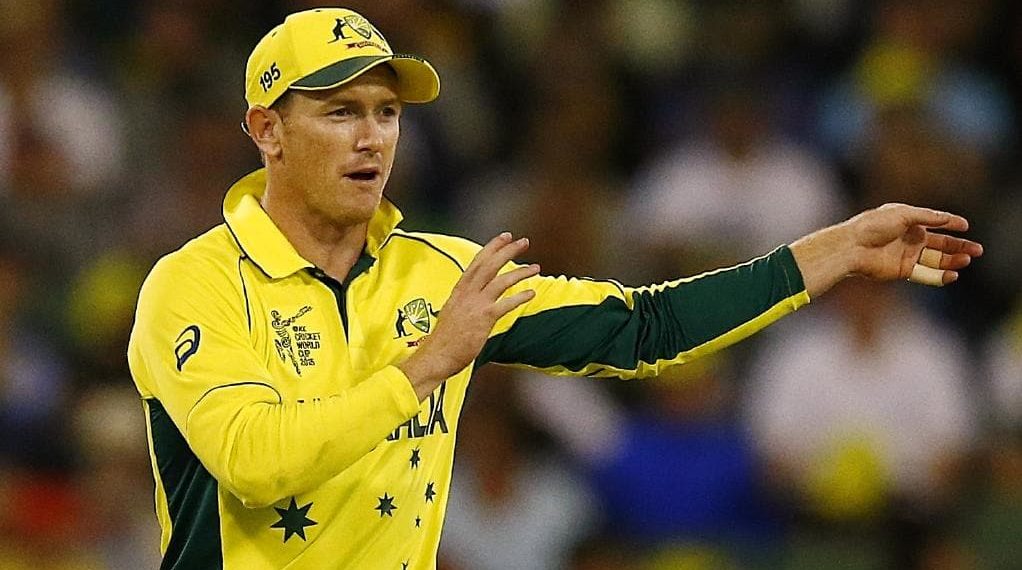 The ninth edition of Big Bash League has been in the limelight for so many reasons – be it for individual performance or team game. Recently, one such incident took place which took the limelight away from others. The veteran Hobart Hurricanes’ batsman George Bailey fell down while trying to play a scoop shot while falling towards his off-side during the 50th match of the ongoing Big Bash League between Hobart Hurricanes and Sydney Thunder in Hobart.

It all took place on the fourth ball of the penultimate over when Bailey played the shot in his innings. The 37-year old veteran player went outside the pitch added some funny element of his unorthodox shot. Having hit a six each on the second and fifth delivery, Bailey and spinner Clive Rose scored 19 runs off the penultimate over.

Coming in to bat at No. 6 in the 17th over, George Bailey played a quickfire cameo of 29 which came off only 10 balls with the help of three fours and two sixes. It was his blitzy knocks at the end of Hobart’s innings which propelled them to 185/6 in their allotted quota of 20 overs.

Hobart Hurricanes captain Matthew Wade and batsman Macalister Wright stitched a 97-run partnership for the second wicket which made the foundation in the first innings for their team. While Wade scored 56 off 34 which included six fours and two sixes, it was Wright who became the top scorer for the hosts for the successive second time. However, this was his second half-century in his third match where Wright ended up smashing 64 off 45 with the help of four fours and three sixes.

Here is how Twitterati reacted:

Alex Ross couldn't quite pull it off… Alex Hales could!