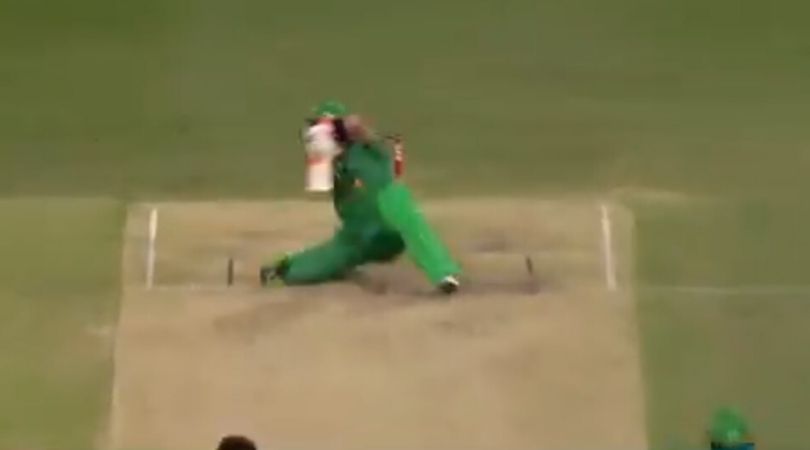 The ninth edition of the Big Bash League is at its apex stage. Meanwhile, during the 13th match of BBL 2019-20 between Adelaide Strikers and Melbourne Stars, Melbourne Stars skipper Glenn Maxwell has played an extra-ordinary shot for an unbelievable six.

It all happened in the 16th over when Wes Agar was bowling his third over of the match. And in the third ball of that over Glenn Maxwell sat down to slash a wide delivery from Agar over the point region for an amazing six. It was one of the best six ever had in cricket history. Actually, not only the timing of the shot was good but also it was the powerful hit from the Maxwell.

Big Bash League’s official account on twitter handle has posted the video of the unbelievable six. They have shared the video with the caption, “Only Glenn Maxwell can do this #BBL09.” Here we are sharing the video of the same at the below of this article.

Short Summary of the Match (Adelaide Strikers vs Melbourne Stars)

Earlier in the match, after winning the toss Melbourne Stars invited the Adelaide Strikers’ team. Meanwhile, batting first Adelaide Strikers manage to score 174-4 at the end of the 2oth over. From Strikers Jonathan Wells and Alex Carey have scored 68 off 46 and 45 off 45 balls respectively.

In the reply, Melbourne Stars could manage to score only 170-6 at the end of the 20th over. And hence Melbourne Stars lost the match by just four runs. From Adelaide Strikers Peter Siddle took three wickets with an economy of 6.00. Jonathan Wells awarded with ‘Player of the Match’ for his 68 runs off 46 balls

Only Glenn Maxwell can do this #BBL09 pic.twitter.com/g2wYgsu0XL