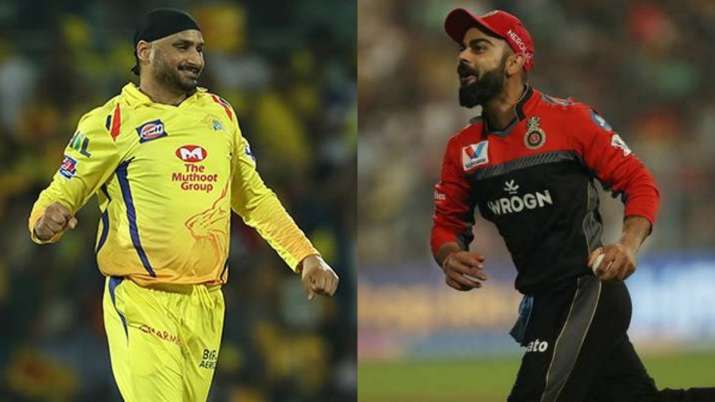 The BCCI’s recent announcement of the 2020 IPL in the United Arab Emirates (UAE) seems to have stirred life in the Indian cricket fraternity. We might still be a couple months from the tournament, but the excitement levels among fans are already fever-high. Veteran Indian off-spin bowler Harbhajan Singh sure knows what we’re talking about; from the looks of his tweets, seems like he cannot wait to don his beloved, yellow Super Kings’ jersey again. And apparently, there’s one player he is more eager to play with/ against than anybody else.

An electrifying catch ⚡ ⚡ ⚡, this shoe is dialed 🆙 to turn the match on its head #one8 @pumacricket pic.twitter.com/TUhLd5J9mD

Puma decided to use an overall yellow motif for the promotion, and that’s where the CSK leg-spinner saw a golden opportunity for banter. Tagging Kohli’s tweet, Bhajju pa wrote, “Looks like specially made for CSK. #Yellowlove #IPL13.”

Bhajji’s yellow-brigade was quick to add on the humor with an appropriate GIF from their side.

As far as their thrilling, Souther-derby rivalry goes, fans will have to wait till at least 19 September to get a taste of that.  Earlier this week, IPL chairman Brijesh Patel had confirmed that the BCCI had booked the September-November window in the UAE for the 13th edition of the cash-rich cricket league. “We have had a discussion and we are looking at the September 19 to November 8 window for this edition of the league. We have informed the franchise(s) about the same,” he said