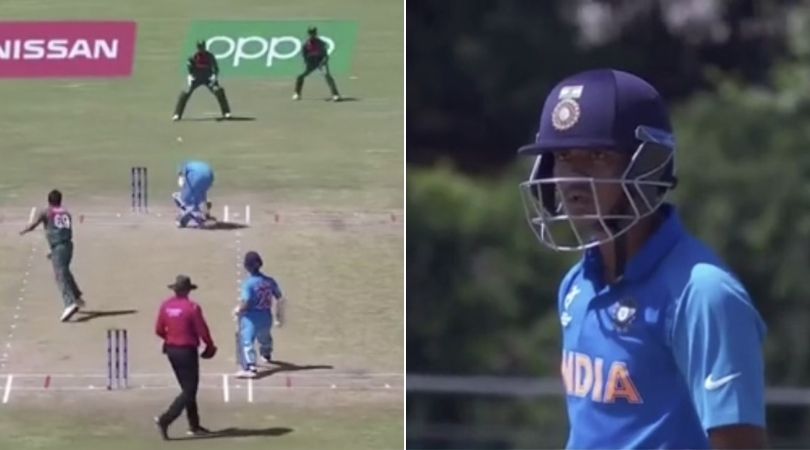 The Bangladesh men’s under-19 team battled the odds stacked against them, and successfully defeated the defending champions India in the final match to win the 2020-under 19 World Cup. Captain Akbar Ali and spinner Rakibul Hasan gave a thorough display of their patience and calmly polished off the chase. This victory at  here, at Potchefstroom, opens the Tigers’ account in the acquisition of an ICC World Championship title. Akbar Ali emerged as the Man of the Finale with his composed 43-run innings coming off 77-deliveries. Indian opener Priyam Garg ended as the Man of the Tournament with 312 runs in 6-innings, averaging 156.

Despite some rain-marred interventions, particularly towards the end, the game had its fair share of heated-moments. In particular, India openers Jaiswal and Divyaansh Saxena had few unsavory encounters with the Bangladeshi new-ball bowlers. Pacers Shoriful Islam and Tanzim Hasan Sakib started the match-proceedings in a fiery-fashion; not just with their tight-bowling. Periodically, the bowlers had a go at the batsmen, on every delivery when they beat the Indian batsmen.

On one occasion, though, the action got a bit too intense, so much so that the umpires had to barge in. Hasan Sakib was bowling the second-over of the match, and on his second delivery, Saxena dodged the ball straight towards the bowler. Sakib, eagerly awaiting an opportunity, immediately lobbed the ball back at the striker’s end stumps, in an attempt to run Saxena out.

The throw, however, went way above the stumps, and barely missed from hitting the batsman’s helmet. Back on his feet, Saxena flicked an angry glare at the bowler, and further engaged in a heated-conversation. Sakib tried to defend himself and apologize, but ultimately, umpire Adrian Holdstock had to mediate the situation. Saxena, however, couldn’t concentrate much after the incident, and a few-overs later, holed-out a catch to Mahmudul Hasan at point. He walked back without making much impact, scoring only 2 (17).

The Indian batting caravan had come-to a stand-still before the star of the season, Yashasvi, played a clinical recovery-innings. His 88-runs, combined with Tilak Verma’s 38 and ‘keeper Dhruv Jorel’s 22, propelled the team’s total to 177. The Bangladeshi openers started off-strong in their pursuit, losing just a lone wicket in the power-play. It was leg-spinner Ravi Bishnoi, who pulled things back with his stunning spell of 10-3-30-4. Ultimately though, some good lower-middle order resistance, and opener Parvez Emon’s fighting innings kept their team ahead of the DLS par-score. A last-minute rain intervention effectively narrowed down the equation to 7 required off 30 balls. The Bangla tigers comfortably sealed off the chase with 23-balls to spare.