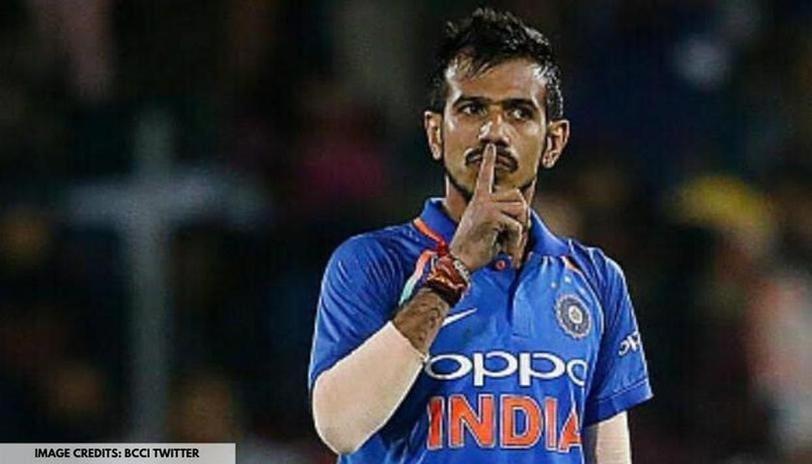 Indian leg-spinner Yuzvendra Chahal has built quite a social media reputation, courtesy of the entertaining content he keeps posting. Having said that, Yuzi has never shied away from retaliating strongly at the people who try to troll him. Case in point; a written exchange he had with a fan earlier today over on Instagram.

On Friday morning, the Indian cricket team’s official handle took to their Instagram account to share an image. The image in question featured a tattooed forearm of a man; who in most likelihood is a member of the Indian men’s cricket team. They didn’t reveal the person’s identity, however- that’s something they left for the fans to figure out.

Likewise, several fans did come up with their guesses; some even trying to be show off their sense of humor in the process. Not everyone, however, could be too successful with their ‘comedy-game’. One of the users tried to show their trolling skills, by commenting ‘Kis gareeb ka haat hai ye?’ (Which poor fellow’s hand is this?). Unfortunately for them, though, Chahal TV was on patrol duty; and fired back a prompt reply to the mean comment.

It wasn’t long after Chahal answered that the comments section blew up, with more than 1500 replies to the comment. Several fans attacked the original poster for making a comment in such a bad taste. Others heaped praises on the Chahal TV CEO for his witty and wholesome reply.

The account will soon reveal who the cricketer featured in the post is in one of their stories, so stay tuned for that.