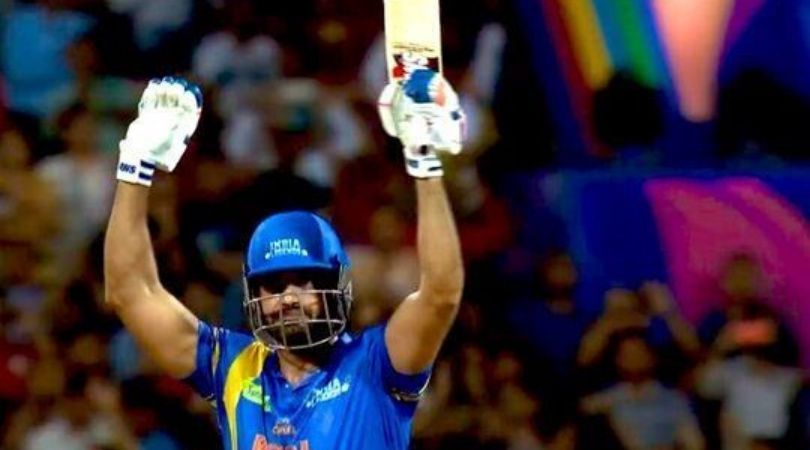 On Tuesday, India Legends claimed 5 wickets victory over Sri Lanka Legends in the third match of the ongoing Road Safety World Series 2020, thanks to Irfan Pathan’s half-century. Meanwhile, Mohammad Kaif also played a decent knock of 46 runs off 45 balls and made a much-needed contribution in the India Legend’s latest victory.

Chasing a target of 139, India Legends lost their crucial 4 wickets for only 62 runs when Irfan Pathan joined the middle along with Mohammad Kaif. It was looking a tough task for both Irfan and Kaif as Sri Lankan were bowling very nicely. However, it was Mohammad Kaif who first set the stage for India in the run chase with scoring 46 much needed runs off 45 balls.

When Mohammad Kaif dismissed in the 15the over of the innings, India legends needed to score another 58 runs off just 32 balls to clinch the victory. Thereafter Irfan Pathan played an extra-ordinary inning and helped India Legends to win the match. Irfan with the help of 6 fours and 3 sixes scored 57 runs off just 31 balls. And hence India comfortably chased down the score with remaining 6 balls.

The video of Irfan Pathan’s half-century is now getting viral over the internet. Here we are also attaching the video of highlights of Irfan’s magnificent innings which included 6 fours and 3 cracking sixes at the below of this article.

Earlier in the match, after winning the toss India Legends invited Sri Lanka Legends to bat first at Dr DY Patil Sports Academy in Mumbai. Meanwhile, in the first innings, Sri Lanka managed to score 138-8 at the end of the 20 overs. From Sri Lankan Legends, Tillakaratne Dilshan and Chamara Kapugedera played the knocks of 23 (23) and 23 (17) respectively.

In the reply, India Legends chased down the score inside 19 overs. From India, Mohammad Kaif and Irfan Pathan played brilliant knocks as the top order struggled. Meanwhile, Irfan Pathan scored 57 runs off 31 balls and Kaif scored 46 runs off 45 balls. And hence India Legends won the match by 5 wickets with remaining 6 balls. Irfan Pathan awarded with ‘Player of the Match’ for his 57 runs and 1 wicket.