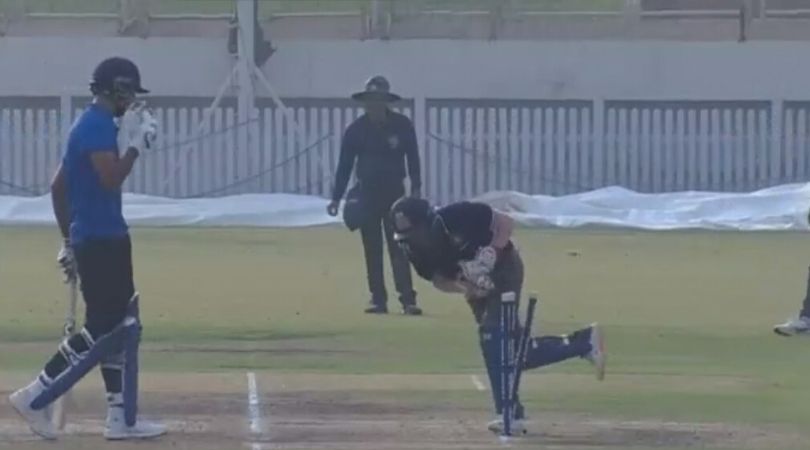 On Thursday, the opening match of the Deodar Trophy commenced in Ranchi between India A and India B. During the match, one incident took place which is one of the hilarious run-out so far in the history of cricket. Actually, India A fast bowler Jaydev Unadkat was seen getting run-out which left everyone in splits.

It all happened in the 43rd over of the India A innings, when Jaydev Unadkat step-up to defend a ball. The batsman defended the ball nicely, however, he forgets to get back to the crease and wicketkeeper along with fielder got him run-out. Meanwhile, when wicketkeeper dislodged the bails, the batsman left in shock and had no option than to walk out.

Jaydev Unadkat came to bat at number 9 in 41st over when the match was almost over. Hence, the dismissal of Jaydev didn’t really affect the outcome of the match. Here we are sharing the video of the incident, one of the hilarious run-out in the history of cricket.

Earlier in the match, after winning the toss India A invited India B to bat first at JSCA Stadium in Ranchi. India B team had set up the target of 303 runs in the front of Team India A batting line up. From India B, opener Ruturaj Gaikwad smashed an impressive 113 and Baba Aparajith followed it with an impressive 101. On the other hand, chasing the target of 303 runs, India A batting line up were bundled for 194. Meanwhile, only captain Hanuma Vihari could manage to score a half-century 59-run.