Cameron Green is in red hot form and is expected to go big in the upcoming IPL Auction. 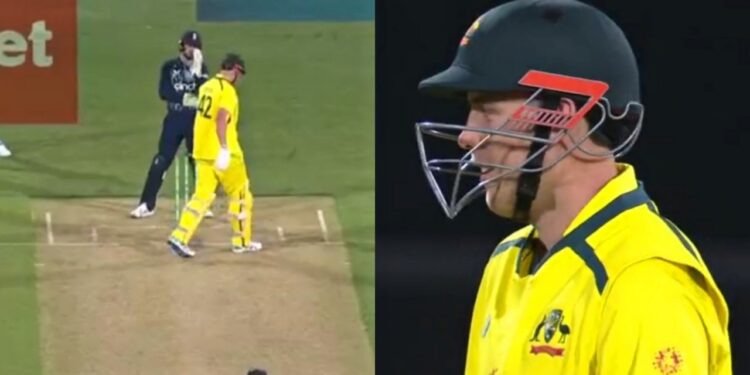 England’s skipper Jos Buttler poked fun at Cameron Green during the during the 1st One Day International between England and Australia.

Buttler reminded Green about the upcoming IPL auction which will be the first auction for the young Aussie allrounder.

Cameron Green was facing left arm spinner Liam Dawson inbtge first ODI and was trying to play some big shots. However, he wasn’t able to time the shots on a couple of occasions. Buttler was quick to cash on the moment as he saw Green struggling with his shots. The English wicketkeeper started sledging the Aussie allrounder as he said, ” Good to see some playing some shots. Chasing the ink!!”

Cameron Green looked quite nervous as he kept on trying to slog Liam Dawson. The English skipper again commented, ” Big auction coming up, Daws. “ Jos Buttler didn’t miss out on an opportunity to remind Green about the IPL auction while putting some pressure on him to perform just ahead of the auction.

It’s worth noting that Cameron Green might get a huge bid in the auction as a few IPL franchisees have already shown interest in him. According to reports, Mumbai Indians, Sunrisers Hyderabad and Chennai Super Kings are looking to bid really high for the young Aussie allrounder as they are in need of an explosive batter who can regularly bowl four overs. IPL teams have also enquired about Green’s availability and the NOC he will require from Cricket Australia to participate in the cash-rich league. Sam Curran and Ben Stokes are the other all-round options available for the teams in this mini auction.

WATCH VIDEO: David Warner has a fun banter with young fan who asks for his shirt

Green played an unbeaten knock of 20 runs off 28 deliveries as he remained on the crease along with Steve Smith as they chased down England’s total of 287 runs with 19 deliveries still remaining. The Australian top order came all guns blazing as the top-3 batters scored 50+ scores. While openers Warner and Head scored 86 and 69 respectively. Steve Smith remained at the crease and allowed the Aussie team to chase down the English total comfortably with 19 deliveries remaining and got a lead of 1-0 in the 3-match series.