The 19-year old pacer from Sri Lanka is getting attention due to his Lasith Malinga-like action. 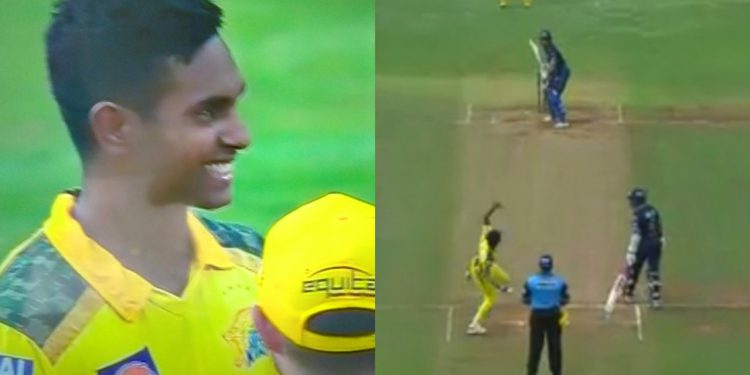 Indian Premier League 2022 saw a number of uncapped players that showed their capabilities through bat and ball. Matheesha Pathirana, who is also known as Junior Malinga due to his bowling action showed his will to bowl in today’s match where, Chennai Super Kings (CSK) faced Lucknow Super Giants (LSG) in the 62nd match in Wankhede Stadium, Mumbai.

With the favour of toss of MS Dhoni, CSK opted to bat first put up a fighting score of 133 with the loss of 5 wickets in 20 overs.

Coming to bat, Gujarat Titans had a beautiful start to their innings as the openers, Shubman Gill and Wriddhiman Saha were looking in a good form, not until a storm named Matheesha Pathirana aka Junior Malinga came to bowl. The right-arm pacer came into attack in the 7th over and Gill wasn’t ready.

The slingy action from the right-arm pacer was a surprise to everyone. Lasith Malinga, they thought but as the first ball was bowled, Gill was caught standing in front of the stumps. There was a big shout from everyone and Pathirana got his debut first-ball maiden wicket as Gill reviewed but couldn’t find any luck.

Shubman Gill reviewed it but the decision was in the favour of the descendant of Malinga.

Gujarat Titans later won the match easily by 7 wickets where Wriddhiman Saha was the main architect behind Gujarat Titans win. Later Saha was declared the man of the match. GT have qualified for the playoffs and with this win they are now strong with 20 points and topping the table.