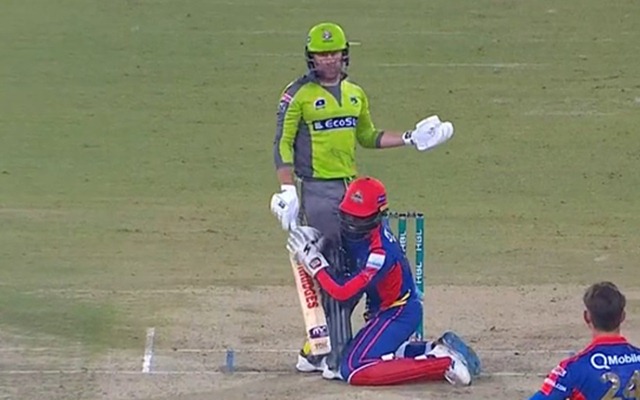 The Pakistan Super League (PSL) 2020 is going on in full-swing, with each of the 6-teams vying for a spot in the playoffs. Yes, ‘each’ team also includes Lahore Qalanadars, historically, the most underperforming team of the group stage. In the PSL’s past four year’s history so far, never have the Qalandars managed to feature in the top-4. Be it their star-studded batting department- or an intimidating looking bowling attack- one-way or another, as a presenter once joked with the Qalandars’ owner Fawad Rana- “the team finds a way to drag away from the winning-position”.

This time around, though, the team appears to be getting back at the trolls, courtesy a string of inspiring performances. Their Australian wicket-keeper import, Ben Dunk, has been at the helm of this impressive turn-around. Ever since he made his PSL debut against the Quetta Gladiators, there’s hardly been anything stopping the big Tasmanian-man. His blistering 93 (43) knock against Quetta opened his team’s account on the points table. But crucially, his innings yesterday against the Karachi Kings has put the Qalandars’ dismal-looking campaign right back on-course.

After winning the toss at the Gaddafi Stadium, Lahore skipper Sohail Akhtar decided to put Karachi into bat. The move seemed to reap immediate dividends, as opener Sharjeel Khan walked back to the dressing room right at the innings’ third-over. This quick-dismissal, however, opened the floodgates for the hard-hitting Alex Hales to arrive early onto the crease. Alongside Babar Azam (38 off 29 balls), the duo stitched a firm 60-run partnership to put pressure on the hosts. Azam’s dismissal in the 10th over did start a mini-chain-reaction, losing Iftikhar Ahmed and Cameron Delport in quick-succession. Wicket-keeper Chadwick Walton (45 off 20, 2x 4, 5x 6) and Hales (80 off 48, 6x 4, 5x 6) ultimately helped Karachi finish on a high with a total of 187/5. Maaz Khan (4-0-31-2) and Salman Irshaad (2-0-28-1) picked up 3 of the 5-wickets in Karachi’s innings.

Lahore started off the chase somewhat shakily, losing opener Fakhar Zaman in the very first over. Sohail Akhtar kept the scoreboard moving alongside the veteran Mohammed Hafeez, until the latter departed in the 8th over. That’s when Lahore’s very-own ‘Big-Ben’ came onto the scene. The south-paw continued on his form from the past 3-matches, clobbering as many as 12-sixes in the innings; a maiden PSL record. Skipper Sohail happily obliged played a support-role with a  68-run knock (46-balls, 6x 4, 2x 6). Dunk, meanwhile, blazed on to the third spot on the top run-getters table, finishing unbeaten on 99; agonizingly close to the coveted 3-figure mark.

Lahoris most-certainly enjoyed a fun time spectating the quick-paced ‘Ben Dunk show’. Yet if anyone, Dunk found an unlikely admirer in Kings’ wicket-keeper Chadwick Walton. Cameron Delport ended the 10th-over of the innings with a delivery landing plumb outside the off-stump. Dunk attempted a sweep towards third-man, but couldn’t get bat on the ball. ‘Keeper Walton, meanwhile, attempted a forward-dive to grab a catch. What happened next qualifies nothing short of cricket-comedy, as he hilariously ended up grabbing on to Dunk’s legs instead. Check-out this aptly-captioned video Cricingif uploaded on their feed.

Lahore’s 8-wicket victory takes them to the penultimate fifth spot of the points table, placed just two-points above the defending champions, Quetta. Karachi, meanwhile, sit at the fourth spot; ahead of the Qalandars by just a solitary point. Multan Sultans are the only team thus far, who’ve managed to reserve a spot in the playoffs.