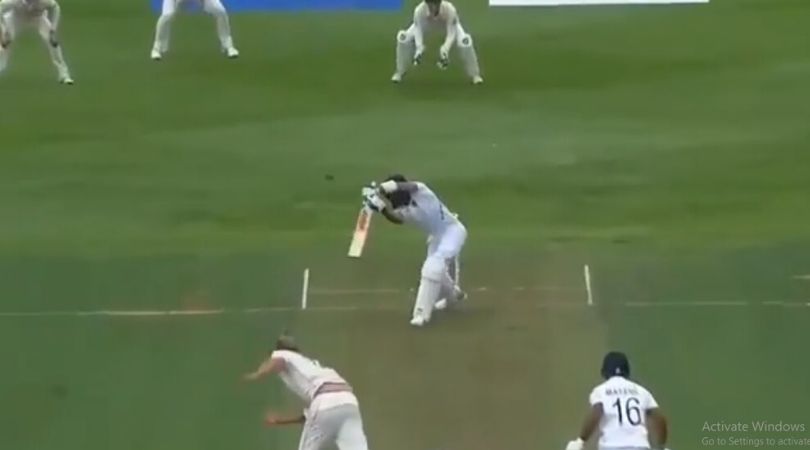 On the very first day of the ongoing first match between India and New Zealand, New Zealand debutant Kyle Jamieson, after dismissing Chteshwar Pujara and Indian skipper Virat Kohli, have made the early breakthrough and with this Team India is now looking struggled in the match. So far in this tour of New Zealand, the Indian skipper has not made any big impression and struggling to score since the start of the tournament.

Before the start of the first test match in Wellington, there was hope to have some runs from Indian skipper as in the last match here at Basin Reserve, Virat scored an unbeaten century in 2014. However, in the first innings of the match, Virat Kohli dismissed after scoring only 2 runs off 7 balls. Here we are sharing the video of Virat Kohli’s dismissal in Wellington.

One of those typical Virat Kohli's UNWANTED way of getting OUT. #NZvIND #NZvsIND pic.twitter.com/uwKCtX2Hm7

Earlier in the match, after winning the toss New Zealand team invited the host team to bat first on the grassy pitch of Wellington cricket ground. Meanwhile, at the end of the first day of the first test match, Team India managed to score 122-5. From India, Mayank Agarwal and Ajinkya Rahane scored 30+ runs as they have scored 34 0ff 84 balls and 38 off 122 balls respectively. And now Ajinkya Rahane along with Rishabh Pant will continue the innings on the second day of the test. From the New Zealand team, debutant Kyle Jamieson took 3 wickets.