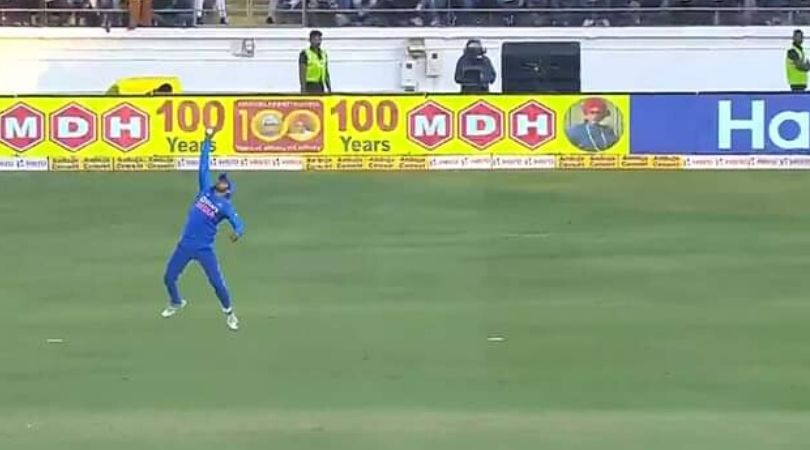 Manish Pandey dismissed David Warner with a one-handed catch: On Friday, Indian player Manish Pandey took a stunning catch to dismiss Australian opener David Warner in the second match of the ongoing three matches ODI series at Saurashtra Cricket Association Stadium in Rajkot. It was an incredible effort from the Indian fielder to dismiss the batsman.

This all happened in the fourth over of the Australian innings when Warner cut a short delivery from Indian fast bowler Mohammed Shami. It was a hard hit from Warner’s bat but ended up in the hand of Manish Pandey.

Short Summary of the Match (India vs Australia, 2nd ODI)

Earlier in the match, after winning the toss Australia invited the hosts to bat first at Saurashtra Cricket Association Stadium in Rajkot. Meanwhile, in the first innings, Team India managed to score 340-6 at the end of the 50 overs. From India, Shikhar Dhawan was the top scorer who scored 96 runs off 90 balls.

In the reply, Australia could manage to score 304 runs before getting all out in the last over. And hence Australia lost the match by 36 runs. From the Australia team, Steve Smith was the top scorer as he scored 98 runs off 102 balls. However, he couldn’t help the team to chase down the target of 341. Now both teams will move to Bengaluru for the third and final match of the ongoing series.