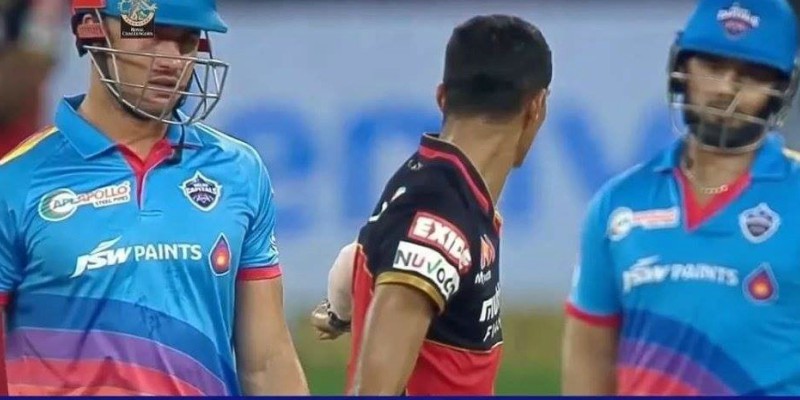 Shreyas Iyer’s Delhi Capitals continued with their fine form in the 2020 IPL, as they humbled the Virat Kohli-led Royal Challengers Bangalore on Monday’s group stage encounter.

Batting first, the Capitals put up 196-runs on board, courtesy contributions from Marcus Stoinis, Prithvi Shaw and Rishabh Pant. RCB’s response to that was middling, to say the least; none of their batsmen, barring captain Kohli (43 off 39) could get going. The induction of all-rounder Moeen Ali into the playing XI didn’t much help either. Ultimately, the team succumbed to an unceremonious 59-run defeat, handing DC the two-points they needed to climb to the top of the points table.

But even the dismal batting show aside, RCB would be eager to address their bowlers’ uninspiring performance at the death overs. The likes of Isuru Udana, Mohammed Siraj, and Navdeep Saini weren’t much able to restrict the Capitals’ from unleashing their pyrotechnics. Saini, especially had a particularly forgettable outing. After bowling a clutch, 7-run super-over against the Mumbai Indians; it seemed that the young Delhi speedster had established himself as Bangalore’s gun death-bowler this season.

But the trajectory of his most recent performances starkly dismiss that notion. In both matches against Delhi and Rajasthan, Saini has been culpable of bowling some loose deliveries towards the end. Against RR, it was a nasty beamer that hit Rahul Tewatia hard on his chest and made him collapse on the ground. But it went a notch down further down against Delhi; as Saini lobbed an above-waist full-toss that jammed Marcus Stonis’ gloves. Needless to say, the umpires signalled for a free-hit the next ball.

Interestingly, Saini didn’t acknowledge Stoinis after the no-ball; which seemed to quite irk the latter. So the next ball, he decided to give the speedster a piece of his muscular bat by clobbering him for a boundary over backward point. And it didn’t just end there; after the boundary, both Stoinis, and Pant, his batting partner, regarded Saini with an intense stare. This seemed to finally make Saini aware of the issue and he apologized for his erroneous bowling with a raised hand. Here’s the relevant video(s):

Meanwhile, the Twitterati had a field day decoding the whole Saini-Stoinis face-off. Here are some of the best comments:

So what did Saini learn? You always apologise to australians after throwing filthy beamers. We don’t entertain that c-grade attitude… Not even Stoinus. #ipl

I really like Saini's attitude 🔥🔥 He means business. Beamers 🔥🔥