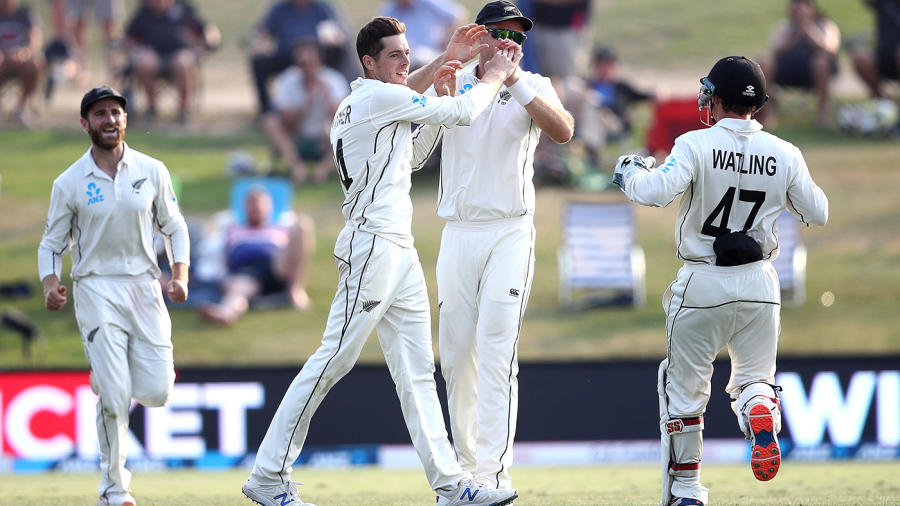 New Zealand all-rounder Mitchell Santner is having his dream time as he is performing nicely in the ongoing Test series against England. Not only with bat but also he is helping the team with the ball and fielding as well. During the first test match, earlier he scored a century and then took 3 wickets in England’s second innings. Meanwhile, he had taken a stunning catch which is one of the best catch had in 2019.

With his all-round performance, Santner helped his team to register a win by an innings and 65 runs. And now New Zealand is leading the two matches test series with 1-0. Mitchell Santner scored the first century of his Test career and also shared a record stand of 261 runs with BJ Watling. BJ Watling was the top scorer of the match who scored 205 runs off 473 balls.

After the heroics knock from the left-handed batsman, he continues his performance with bowl too and took three wickets. Santner did not stop here, and thereafter he helped the team with a stunning catch at the covers. It all happened during second innings of England’s batting when Neil Wagner was bowling. New Zealand pacer Neil Wagner came around the wicket to Pope and bowled a poor delivery. It was a low full-toss and Pope could have hit it anywhere. However, the England batsman, who reached for the ball, played a shocking shot towards short cover. At first, it looked like the ball would evade Mitchell Santner and run towards the boundary.

Now England and New Zealand have to play the second and final match of the ongoing Test Series from 29th November. The match has been scheduled at Seddon Park, Hamilton in New Zealand.