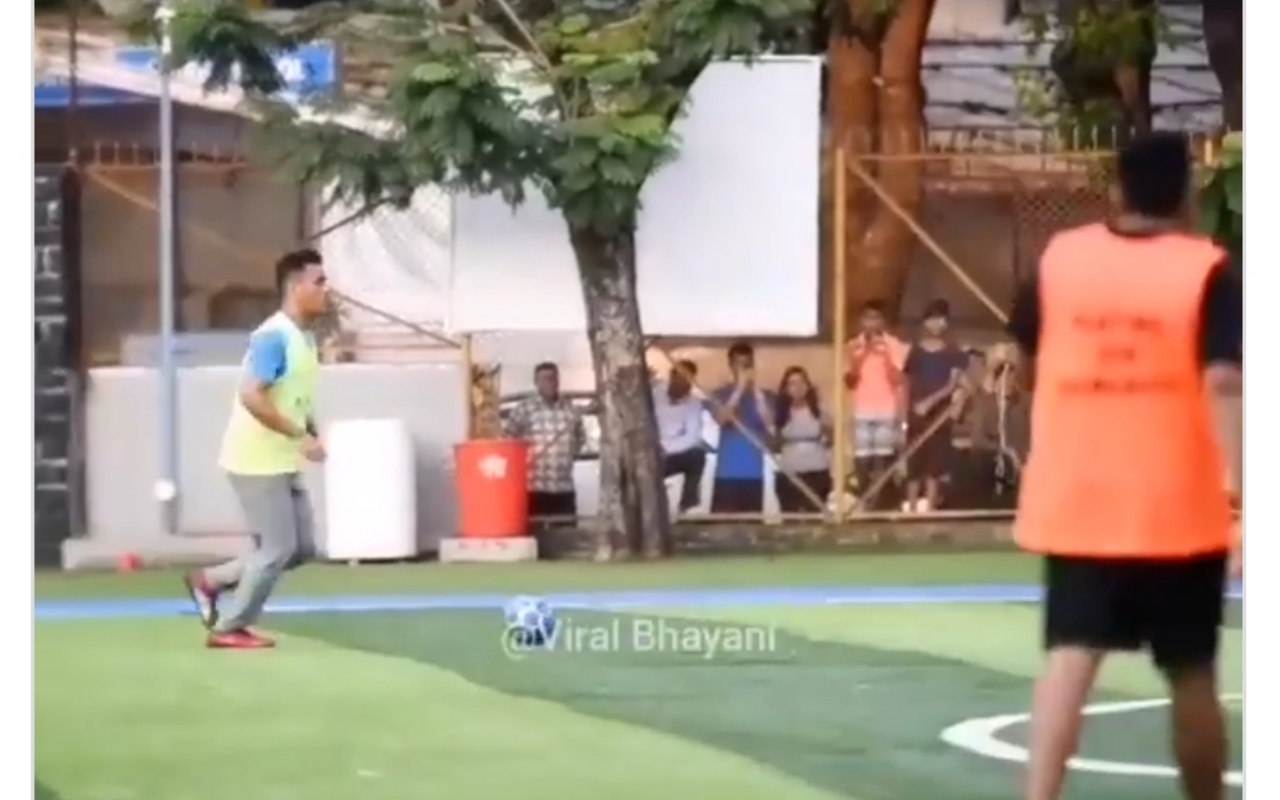 MS Dhoni is away from the cricketing action since the World Cup ouster. The cricketer is expected to return in the action by the end of this year or in early 2020. Actually, after the World Cup 2019, Dhoni had decided to take the rest from International cricket. Meanwhile, he is enjoying his time, in the past few months, he has done many activities.

Recently, MS Dhoni has taken part in a charity football match along with tennis star Leander Paes in Mumbai. Rhiti Sports, the firm which manages Dhoni has recently posted pictures on their social media handle. In the pictures we can see Dhoni and Peas were wearing practice Jersey with “Playing for Humanity” written on it. However, the actual reason behind the match has not mentioned in the caption.

Fans are eagerly waiting for the return of Dhoni on the cricket field once again. And Dhoni’s return to international cricket can be expected in December 2019. Recently, the actual reason behind Dhoni’s exclusion came up. A recent report informs that the real reason behind Dhoni’s continuous unavailability is his wrist injury which occurred during the World Cup. Also, Dhoni was struggling with a back niggle and that’s why he is taking time to recover.

Also Read: MS Dhoni Likely To Make A Bollywood Debut With This Movie

Since India lost in the Semi-Final of World Cup 2019, Dhoni’s retirement has been doing rounds over the Internet. Some experts are also considering that it is the right time for Indian former skipper to take retirement from International cricket. Legendary Sunil Gavaskar had addressed that it is the time for India to look beyond Dhoni. Gavaskar also said that the veteran wicket-keeper batsman should leave with letting his respect intact. However, MS has not given any his opinion over the retirement decision.