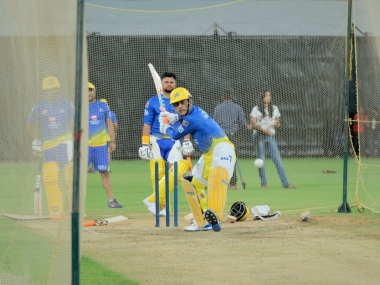 There has always been a fair bit of hype when someone as celebrated as MS Dhoni walks out to bat. Bit of an obvious statement, perhaps? After all, there’s an entire collection of cricketing stories out there; scripted by none-other than the fine cricket artist that Dhoni himself is. But it has been a good amount of times since ‘Thala’s fans have actually had the privilege of watching their hero bat. Precisely, close to eight-long months have elapsed since ‘Captain Cool’ arrived at crease to bat his team out of trouble.

Ever since that one, agonizing World Cup semi-final loss against New Zealand, the Indian limited overs team has adopted a number of new dynamics. In this transition process, if there a single aspect people have missed more than any other; one could argue, it’d be the the absence of Dhoni’s insights behind the stumps. What started out as a rest from the squad, in order to join training for his parachute regiment in the Kashmir valley; turned out to be a major talking point from the BCCI’s list of centrally contracted players released earlier this year. This omission poised a burning question- a fear, if you’d call- in the minds of many a Dhoni fans.

Yet if there’s one, short, perhaps temporary, but appeasing answer to such questions; look no further than India’s beloved, Indian Premier League. For the past couple of weeks, Chennai’s M A Chidambaram stadium has been a happy-hunting ground for Dhoni and his ‘whistle-podu’ army. One can imagine the kinds of grind the team are preparing for; all to collect that coveted IPL trophy they’ve already collected before, on three occasions. Yet, for as much selflessness one would attribute to the former India captain- Dhoni does have just one personal agenda during this IPL season. After all, it’s not often that the head coach of the Indian team comes out in the public, with a’perform and prosper’ message for a particular player.

Spectators could clearly grasp the intent in the 38-year old wicket-keeper’s style, as he walked out to bat in one of his team’s practice matches. While there’s no official scorecard; fans who did watch the match-live report that ‘Thala’ came out all-guns blazing against the likes of Piyush Chawla and Karn Sharma. In fact, unofficial reports claim that Dhoni ended up scoring a century, finishing on 123 (91). Ever since his swashbuckling 134-run innings against England at Cuttack in 2017; fans have all but craved to see Dhoni cross the 3-figure mark. The lack of proper video footage really does hurt; here’s the closest thing we’ve obtained:

Alongside Dhoni, ‘Chinna Thala’ Suresh Raina too seemed to enjoy his outing, as he clobbered a few shots down the ground. At one point, Raina ended up unintentionally hitting Dhoni’s legs with his bat. Even before he could react, Raina playfully grabbed Dhoni’s leg and engaged in a short, heart-warming ‘worship’ as a gesture’.

Raina Accidentally Stepped on MSD's Bat..Once He Noticed, He Worshipped his Bat.

Dhoni is all set to be back in action when CSK takes on the Mumbai Indians at the Wankhede Stadium on 29 March. Ironically, Dhoni’s ‘comeback-match’ of sorts will have a much diminished grandeur; as the Maharashtra government plans to ban ticket sales for the IPL matches at the Wankhede Stadium. So far, Karnataka and Maharashtra seem to be the only states with the decision to ban ticket sales. Amidst more rumors of postponing and even cancellation; it’d be interesting to learn about BCCI’s final decision at the end of the IPL GC meeting this Saturday.