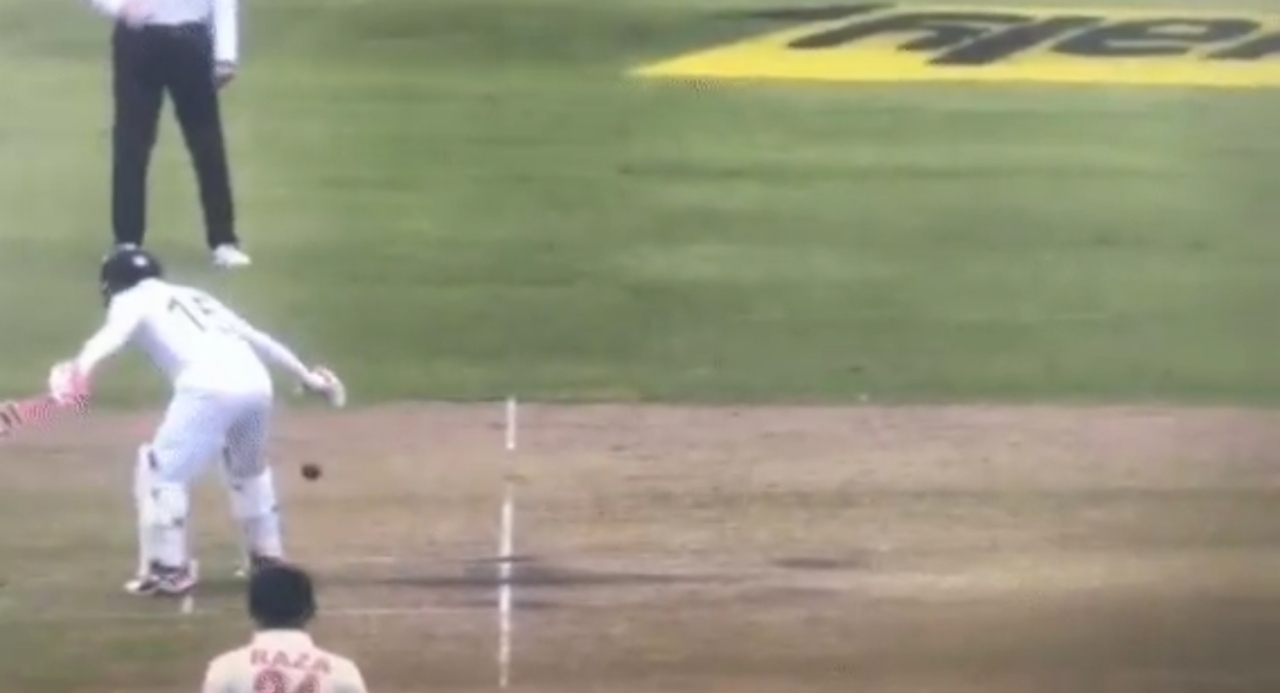 Mushfiqur Rahim hit a stunning double hundred in the ongoing match, his third overall and second against his current opponent. However, not only for this he is in headlines but also for a funny escape from getting dismissed during his innings. Actually, there was a particular instance where Rahim almost played on delivery to the stumps. But all thanks to his presence of mind, Rahim blocked the ball and avoided a freaking dismissal. Mushifiqur Rahim puts his back in the line of the ball to avoid the risk to get dismissed.

Earlier in the match, after winning the toss Zimbabwe team opted to ball first at Shere Bangla National Stadium in Dhaka. Meanwhile, in the first innings, Zimbabwe managed to score 265 before getting all out. In the reply, Bangladesh scored 560-5 before declaring the first innings. Mushfiqur Rahim scored a double ton and helped the team to set a big total on the board. So far in the second innings, Zimbabwe has scored 133 runs and lost 6 wickets. And now Bangladesh needed to take another 4 wickets to win the match.

Here is the Video (Rahim Saves Himself Hilariously)

Mushfiqur Rahim doing his utmost best to make sure the ball does not go back onto his stumps!