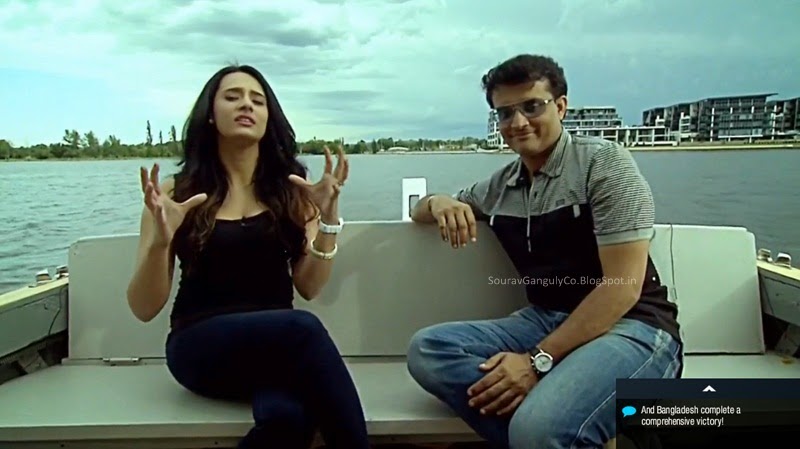 The former Indian skipper has always received high accolades from every cricketing individual for his service to the Indian Cricket. Sourav Ganguly had done a brilliant job for Team India in building up a strong team on his time. And now after a long time once again ‘Dada’ is going to serve Indian Team as the president of BCCI.

Sourav Ganguly has always been the saviour of the Indian cricket. Firstly, he took captaincy for India when it was in a poor state with match-fixing allegations. And then he had built up a strong team and motivated the team to play with a different approach than earlier approach. Ganguly was responsible for a drastic change in Indian cricket way of approaching outside the sub-continent. He had totally changed the view and mindset of the players and boost the ranking of Team India.

However, now Sourav Ganguly is enjoying his after-retirement time. And meanwhile, BCCI has now handed over duty to Ganguly as the president of the Board. No doubt that he is the perfect choice for this job and he will definitely going to help the team India during his time period.

Once Ganguly Revealed About Their Approach For Sledging

As we all know that Sourav Ganguly had always played with aggression on the cricket field. And his approach was just simply playing with full aggression. However, his teammates Rahul Dravid, Sachin Tendulkar, VVS Lakshman etc. were total of a different mindset than Dada’s approach.

As we all know that Sourav Ganguly was not a shy type person and he was always ready to give it back when someone sledges on the ground. The former skipper of India once revealed an interesting story in a cricket show hosted by Mayanti Langer in presence of VVS Laxman. Actually she had asked form Dada about their team’s sledging approach. And Ganguly’s reply was an epic one, he replied, we had too many gentlemen.

“If you tell Rahul Dravid to do that, he’ll be like ‘no no no that is not the right way to play’. If you tell Laxman, he will be like ‘ no no I am concentrating on my batting’. And if you tell Sachin, he will stand on mid-on and ask the mid-wicket fielder to sledge Steve Waugh.” Dada added.