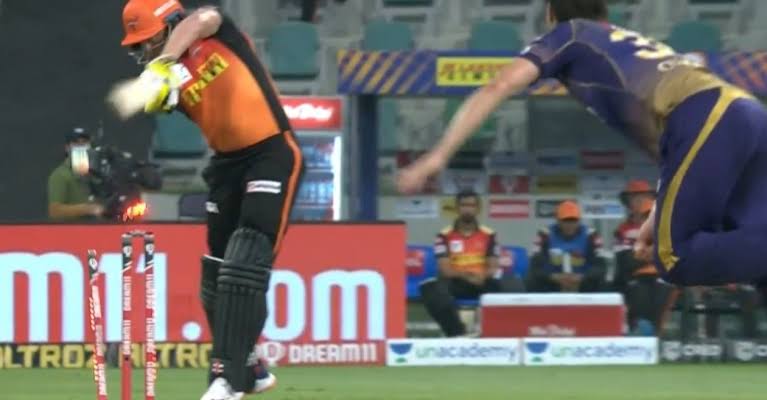 Saturday’s Indian Premier League match between the Kolkata Knight Riders (KKR) and Sunrisers Hyderabad (SRH) saw the former register a 7-wicket win against their rivals to get their opening points of the season. Shubman Gill, KKR’s up-and-coming opener, led the Knight Riders’ charge and starred with a brilliant, 62-ball innings of 70-runs. He was well complemented by vice-captain Eoin Morgan (42* off 29), who ably allied the Young Turk in a defining, 92-run 4th-wicket partnership.

Aside from the batsmen, it was KKR’s new-look 7-man bowling attack that came up with match-winning contributions. Captain Dinesh Karthik did a smart job in rotating his bowlers as per the demands of the situation. Additionally, debutants Kamlesh Nagarkoti (2-0-17-0) and Varun Chakravarthy (4-0-25-1) lived up to their promise and kept the SRH batsmen’s run-scoring curtailed. Such a spirited display of bowling kept the Sunrisers restricted to a below-par total of 142.

Australian speedster Pat Cummins featured as KKR’s best bowler of the evening. After a lean first outing against the Mumbai Indians, Cummins had a major point to prove against his critics; who were quick to troll him for his ludicrous signing amount of INR 15.5 Crores. Ultimately, though, ‘Winx’ had the last laugh over his trolls- and in what fashion? Skipper DK introduced his strike pacer early onto the SRH batting-innings, and he made an immediate impact, by scalping opener Jonny Bairstow’s wicket.

In terms of fast bowling, it was as good a performance as any premier pacer could deliver in such conditions. Cummins pitched the ball back-of-the-length, slightly outside of the off-stump. Jonny attempted to drive the ball at its natural pitching, straight through the covers. But at the very last moment, the delivery sharply meandered inwards and crashed onto the off-stump; leaving Birthday-boy Bairstow completely baffled.

Eager fans were quick to observe the nostalgia; soon, they had started to liken Bairstow’s wicket to an almost mirror-dismissal he faced against the same bowler 10-days prior in the third ODI match between England and Australia. User RTG-rohittugaya on Reddit popularly dubbed the dismissal with the witty caption, “Pat Cummins is now a 150kph off-spinner.” Here’s the video.