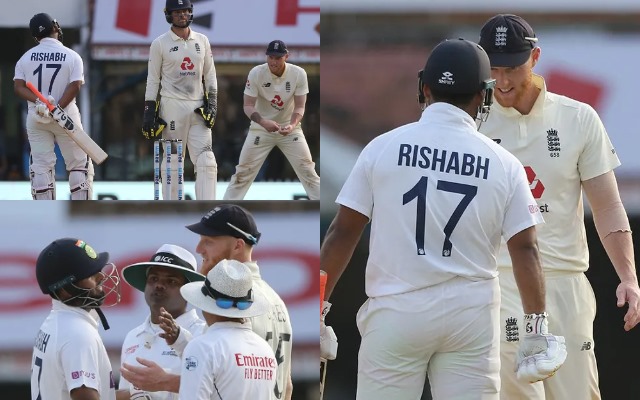 Day one of the ongoing second test match between India and England saw quite a bit of drama unfold between both the sides. After electing to bat first, India got off to a reasonably solid start; albeit losing Shubman Gill in the opening over itself. The tourists, however, made a comeback towards the close of the first session and struck back with 2 quick wickets.

Roller-coaster day on field for India and England

The following session saw Indian senior heavyweights Rohit Sharma and Ajinkya Rahane restore the hosts’ momentum with a gritty 162-run partnership for the fourth wicket. Rohit (161 off 231) even went on to score the 7th century of his Test career. But at the close of the day, the England spin bowling attack- featuring Moeen Ali (2/112), Jack Leach (2/78), and Joe Root (1/15)- retaliated with 3 extra wickets in the final session to restore some balance into the game. At stumps, India’s scorecard read 300/6, with Southpaws Rishabh Pant and Axar Patel at the crease.

But even putting aside the roller-coaster cricket drama that unfurled on the field; a few tempers were flying here and there from players across both the teams. Most notably, at the 87th over of the game, when Rishabh Pant and Ben Stokes engaged in a heated on-field altercation.

Pant and Stokes involved in heated verbal exchange; umpires had to intervene

It’s a bit unclear as to exactly what transpired between the two; but just a few overs before Stump, Pant stopped midway during his stance to have a few words with the English all-rounder. Earlier, Stokes had been spotted jabbing a few words at Pant- none of which could be picked by the stumps’ mic, unfortunately.

Stokes and Pant had a long drawn out conversation, so much so that even the on-field umpires had to finally intervene at one point. Thankfully the matter died down quickly and play resumed as per normal. But not before the partisan Chennai crowd made it abundantly clear whom they were supporting in the tussle. They all chanted Pant’s name in the background, likely to encourage him and his game. Here’s the video: