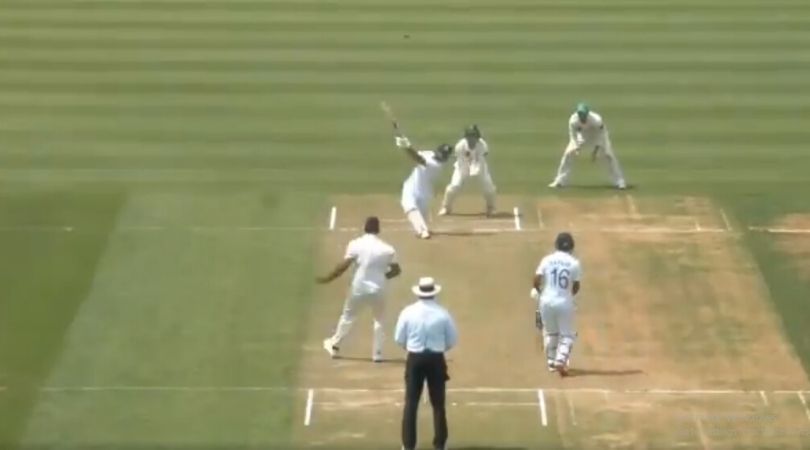 Since KL Rahul has become the first choice of Indian team wicket-keeping department, Rishabh Pant is continuously being ignored by the team management in limited-overs cricket. However, still, he can show his ability with the bat in the upcoming two matches test series against New Zealand. Meanwhile, ahead of test series, Team India has played a three-day practice match at Seddon Park in Hamilton, during the second innings Pant by hitting two consecutive six showed sign off finding form.

It all happened during the 27th over of the second innings when blackcaps spinner Ish Sodhi punished with two consecutive sixes by the Indian wicket-keeper batsman. Both times Pant step out to make a strong connection with the ball to hit it over Sodhi’s head. It was much-needed hits for Indian batsman as from a while he was struggling a lot with the bat. And this will definitely be going to raise his confidence for the upcoming test series.

Earlier in the first innings of the practice match, Rishabh Pant scored only 7(11), which was not up to the mark to think about his selection in the first test match. As Wriddhiman Saha also in the squad, only one of them will get to take the field at the Basin Reserve in Wellington.

However, in the second innings when Rishabh Pant was promoted up in the order, he grabbed the chance with two hands. Pant has scored 70 (65) with the help of four fours and four sixes in the second innings of a practice match. Meanwhile, he shared a 100 run partnership along with Mayank Agarwal for the third wicket.

At the end of the Day 3, Team India score was 252-4 in 48 overs. From Indian team, Mayank Agarwal was the top scorer who scored 81 off 99 balls. His knock of 81 included 10 fours and three sixes. Here we are sharing the video of the Pant’s two consecutive sixes below.