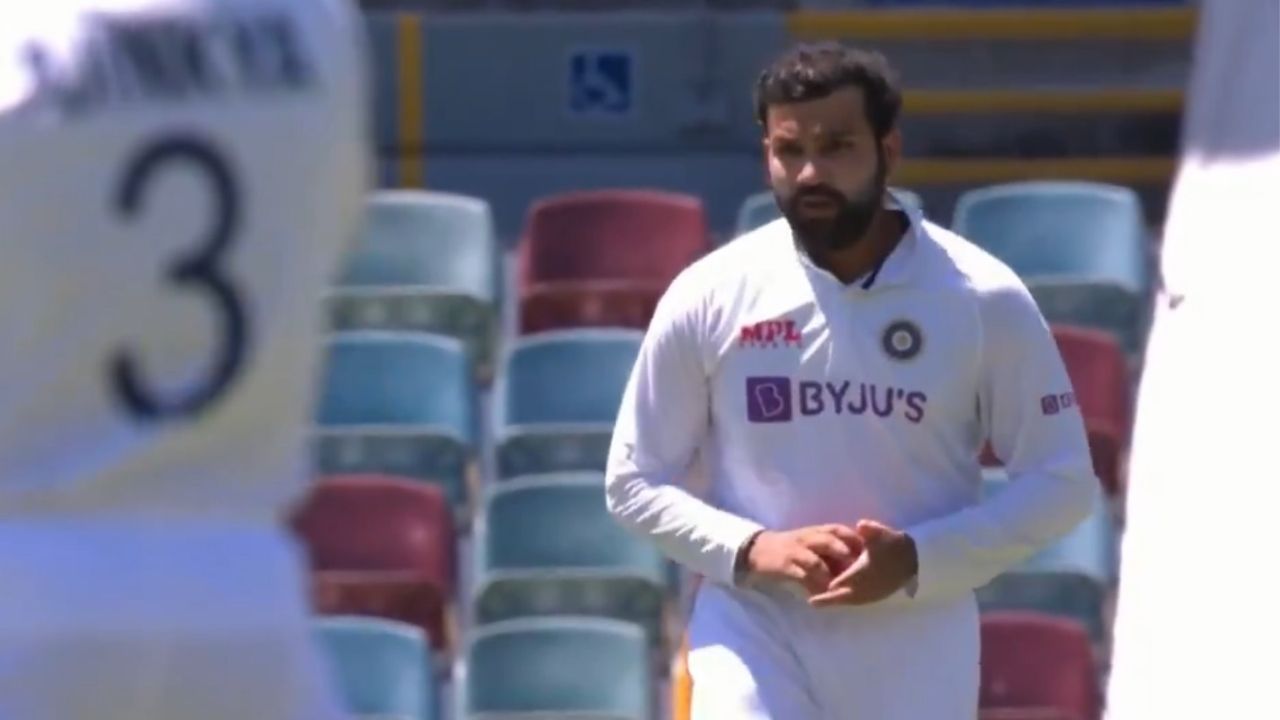 After defending the test match at Sydney Cricket Ground, Team India is currently fighting against Australia in the series decider at Brisbane Cricket Ground. Meanwhile, Australia after winning the toss decided to bat first in the fourth test match of the ongoing series. The first day of the match has been good for Rohit Sharma as he took a stunning catch. He also did a new job which he hasn’t been seen doing earlier. Actually, he bowled medium pace delivery after Navdeep Saini gets injured.

Earlier, we all have seen Rohit Sharma bowling off-spin. However, after Navdeep Saini injury, Rohit Sharma chose to bowl in a new fashion as he bowled medium pace. The video of the incident is getting viral over the internet as it was a sudden choice of a unique bowler. The fans were amazed to see their star player in a new avatar and they totally loved it. Here we are also attaching the video of the same below.

So Far Summary Of the Fourth Match

Earlier in the match, after winning the toss Australia team opted to bat first at the Gabba, Brisbane. Meanwhile, Indian bowlers got a good start after dismissing Australian openers for cheaply. However, thereafter, the game shifted towards the batting team as Australian middle-order batsman shows temperament. At the end of the first day, Australia team score was 274-5. And now on Day 2, Tim Paine and Cameron Green will continue the game.