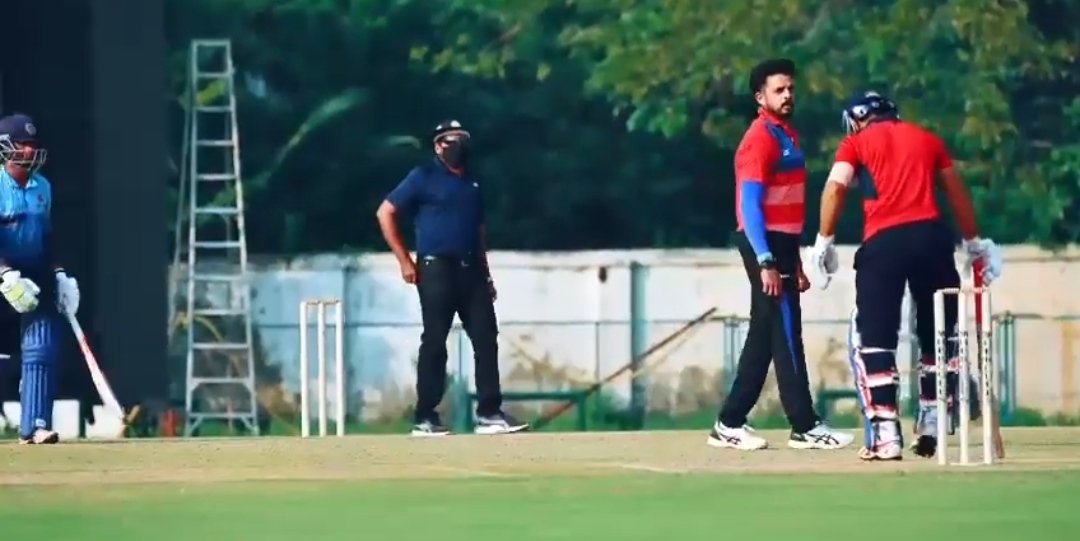 Since 2013, S Sreesanth was out of the cricket action as he was banned for life for his alleged involvement in spot-fixing during the IPL. But now when the High Court and Supreme Court ordered BCCI’s to lift his ban, he is all set to return in action after a long wait of 8 years. Earlier, Sreesanth was set to make his comeback in December 2020 with a T20 tournament in Alappuzha. However, because of Covid-19 Pandemic tournament was called off.

Syed Mushtaq Ali T20 Trophy is starting this month from January 10, 2021. Former Indian pacer Sreesanth is also included in the Kerala Squad for this year. Sanju Samson will be the captain of Kerala Side and Sachin Baby will be the vice-captain of the team. Kerala will lock its horn against Puducherry on January 11 at Wankhede Stadium in Mumbai. If Sreesanth will be going to be the part of playing-11 he would be seen playing after 8 years.

Sreesanth Gets Aggressive and Selged Batsman During Warm-Up Game

Former Indian cricketer, who was well-known for his sledging and pace attack, has again shown aggression after taking a wicket during a warm-up game ahead of Syed Mushtaq Ali Trophy T20. During the warm-up game, Sreesanth shows the same attitude towards the batting side which he is known for. Here we are attaching the video of the same.