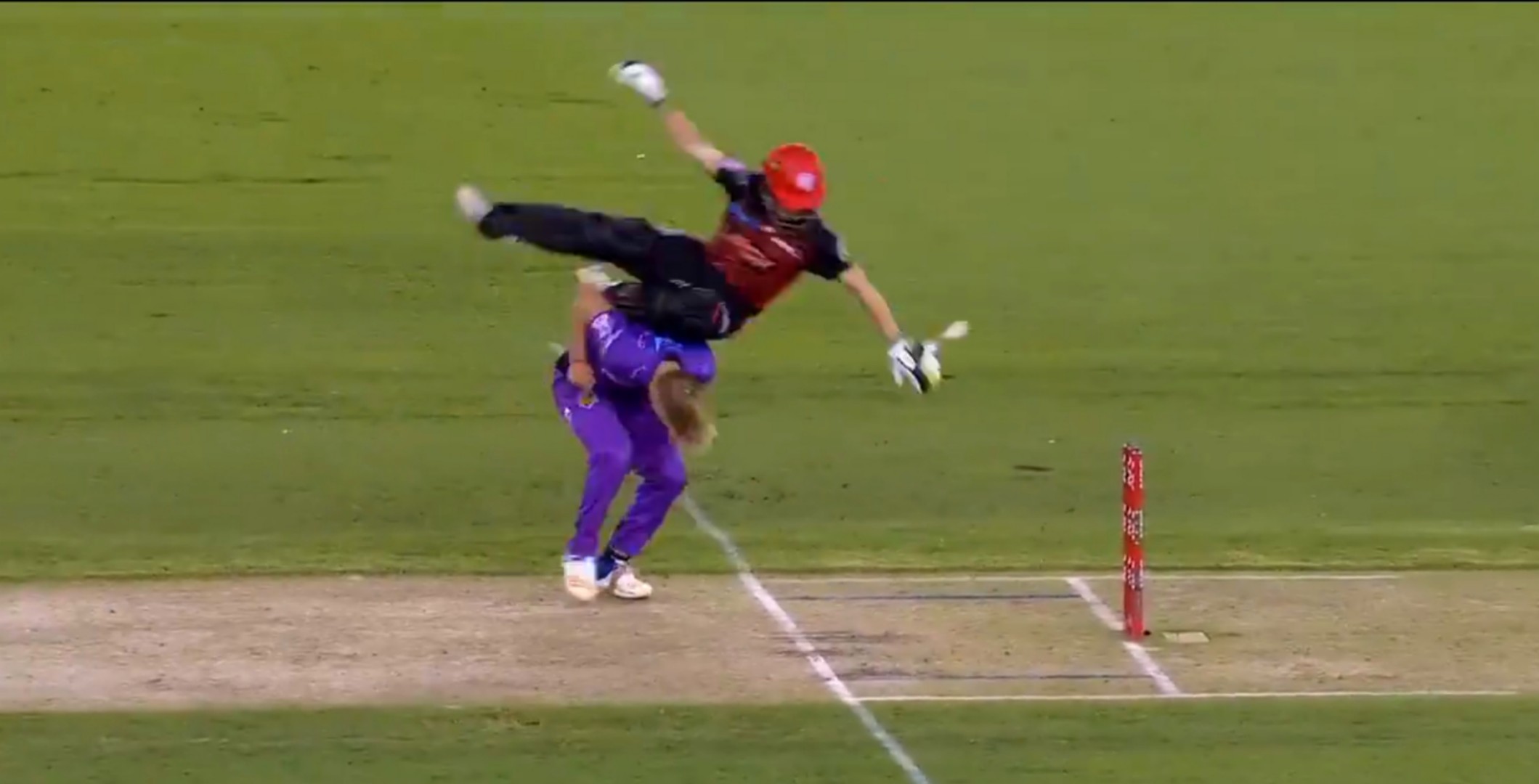 Big Bash League (BBL) 2019-20 is currently at its apex stage. And meanwhile, teams are trying hard in order to qualify for the second round of the ongoing ninth edition. Hence, the interest in the league at this moment is at its peak and every match is coming with a special treat for the fans. However, in the recent match between Melbourne Renegades and Hobart Hurricanes, something happened which can blow your minds.

The official twitter handle of the Big Bash League has shared the video of the incident. They have uploaded the video with the caption, “Nasty collision in the middle between Sam Harper and Nathan Ellis. The play has stopped while the docs take a look at Harper #BBL09.” Here is attaching the video of the same at the below of this article.

Earlier in the match, after winning the toss Melbourne Renegades opted to bowl first at Docklands Stadium in Melbourne. Meanwhile, batting first Hobart Hurricanes scored 190-3 at the end of the 20th over. From Hobart Hurricanes Macalister Wright was the top scorer who scored 70 off just 50 balls.

In the reply, Melbourne Renegades could manage to score only 185-4 and lost the match by four runs. From Melbourne team, Mohammad Nabi scored 63 runs off just 30 balls, unfortunately, lost the match.

😨 Nasty collision in the middle between Sam Harper and Nathan Ellis. Play has stopped while the docs take a look at Harper #BBL09 pic.twitter.com/yDARqnMtRl