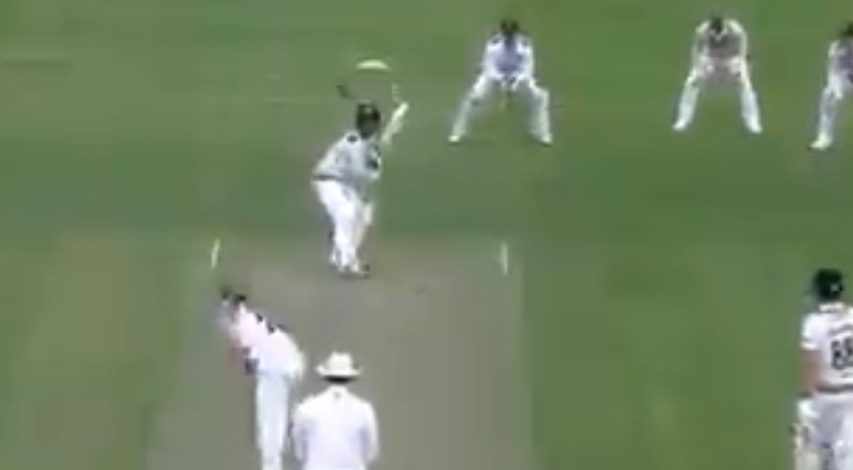 The entertainment keeps getting better and with every passing day as cricket makes a return in a COVID-19 zeitgeist. Somerset Cricket Club (SCC) fast-bowler Jack Brooks recently delivered one such comical moment in a county-match against Gloucestershire.

Brooks was steaming in to bowl against one of Gloucestershire’s left-handed batsmen when his hand lost grip over the Dukes’ ball. As a result, the delivery splayed wide above the batsman’s waist; who could only play a half-hearted hook shot to the slips. Funny enough, the Somerset player positioned at third-slip actually managed to catch the ball- which prompted a brief moment of celebration from the ‘keeper and the other slip fielders. But the straight umpire was quick to turn down their celebrations as he, somewhat inanimately, signaled an above-waist no-ball. Here’s the video of the incident.

It was an eventful first ball from @BrooksyFerret yesterday 😅 pic.twitter.com/bTowQ2juPW

Brooks clarifies what made him bowl the no-ball

Brooks, however, had a witty reason behind his no-ball, as he later revealed on Twitter. “Too much sanitizer on my hands,” he wrote. Seems like someone is taking their health-safety measures seriously!