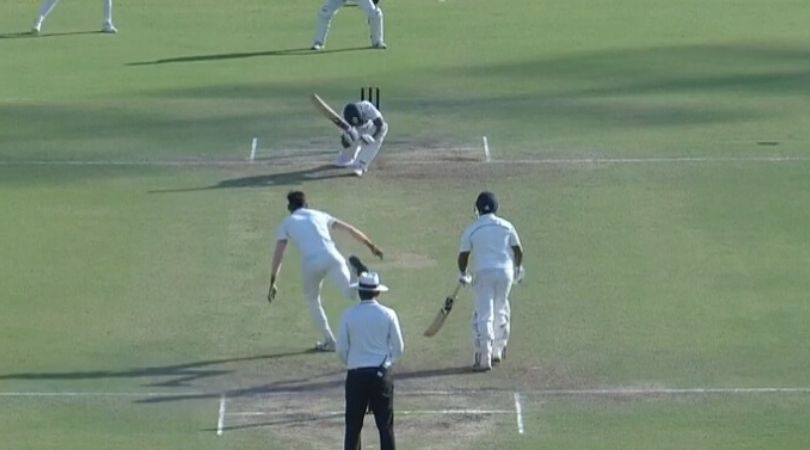 The 2019-2020 Ranji Trophy season is the 86th editions of this league. It is currently taking place in India between December 2019 and March 2020. Meanwhile, on Thursday, during the third day of the ongoing league match between Mumbai and Saurashtra at Saurashtra Cricket Association Stadium in Rajkot, Mumbai’s batsman Sarfaraz Khan played a Dil-Scoop shot for a huge six and continued his top form in the domestic league.

It all happened on the 49th over of the Mumbai’s second innings when Sarfaraz amazed one and all by scooping the ball over the wicket-keeper’s head. It was a clean hit from the bat as the ball goes for a huge six after getting hit. This shot is well evident for his current form and it is going to be good for Kings XI Punjab’s fan in the upcoming season of Indian Premier League (IPL).

The video of the incident has been shared by BOARD OF CONTROL FOR CRICKET IN INDIA (BCCI) on their official website. They have added the video with the title, “Introducing the Sarfaraz Scoop.” Here we are attaching the video of the same at the below of this article.

Earlier in the match, after winning the toss Mumbai decided to bat first at Saurashtra Cricket Association Stadium in Rajkot. Meanwhile, in the first innings, they have scored 262 before getting all out. From Mumbai Sarfaraz Khan was the top scorer who scored 78 runs off 126 balls. In the reply, Saurashtra scored 335-10 in the first innings, Sheldon Jackson was the top scorer who scored 85 off 151 balls.

In the second innings,  Mumbai scored 362-7 before declaring the innings. Surya Kumar Yadav scored 134 runs and helped the team to set a target of 290 in front of the host team. And at this moment of the match, in the second innings, Saurashtra needs to score more 171 runs to win the match with remaining 3 wickets.