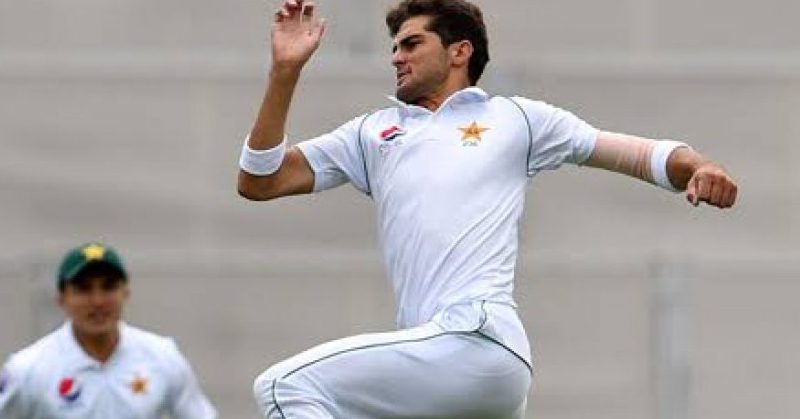 There’s not much an opposing batsman can do when a Pakistani fast-bowler hits their stride. The chutzpah and firepower that’s so typical of the men in green’s pace-bowling often takes some time to come to the fore. But once it does, the batting side better come up with a fitting response; lest they want to be trampled by the bowling side’s incoming barrage of bouncers and yorkers. And if they fail…well, there’s not much else they can do than simply gawk at how comprehensively they got outperformed. Ask England’s Ollie Pope, he’d know what we’re talking about.

Or better we show it to you ourselves. During the fourth day of England’s test-match against Pakistan at Manchester, the hosts had landed in a spot of trouble following some quick-dismissals of their in-form batters. Pope was batting alongside Jos Buttler, and the duo had a massive innings revival task ahead of them. With the likes of Joe Root, Ben Stokes, Dom Sibley and Rory Burns back in the hut, much of the onus rested on Pope; England’s top-scorer from the first-innings. But even before he could warm-up to his crucial role, Shaheen Shah Afridi outdid him with a stellar, back-of-the-length peach.

It happened in the fifth ball of the 45th over; Shaheen chucked a shortish, bullet-speed jaffa on Pope’s off-side. The latter attempted to duck his bat down, but the delivery’s speed produced a sharp-nick off the top of his handle and gloves. Even before he knew what hit him, the ball flighted towards short-backward-point (gully, if we’re being technical), where Shadab Khan completed a good, running-catch. If the forlorn look on Pope’s face didn’t capture the situation well enough, the video’s caption on the ECB’s official-Twitter handle sure did.

Not much you can do about that.

England come good in the end, thanks to Buttler and Woakes

Despite the many jitters the hosts had to face, their lower-middle order came good for them and pulled off a stunning, 277-run target chase on the fourth day itself. Buttler (75 of 101) and Chris Woakes (84* off 120) starred with a counter-aggressive 139-run partnership; one that later turned out to be a match-winning one, as the hosts went 1-0 up at the Old Trafford. Woakes finished as the MoTm for his all-round brilliance all through the game. The tourists, meanwhile, had Shan Masood’s sublime first-innings century and Yasir Shah’s 8-wicket spell to show for. Both sides will now travel to Southampton where the remaining two-test matches are scheduled; the first of them starting from August 13.