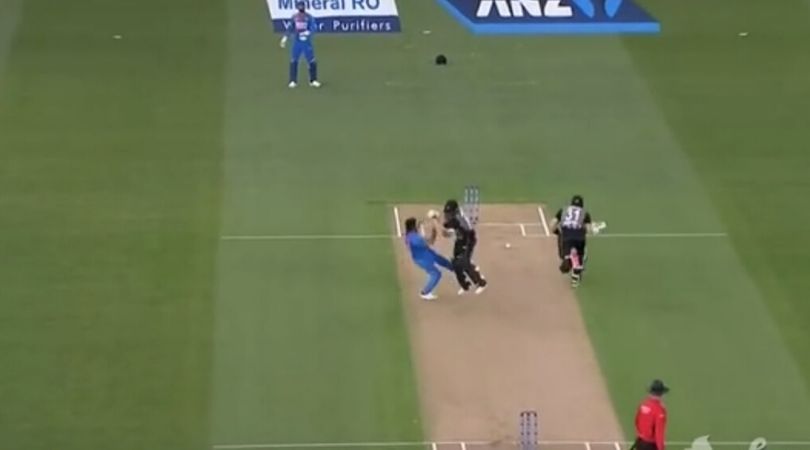 On Sunday, during the second T20Is of ongoing India’s tour of New Zealand 2020 at Eden Park in Auckland, Indian pacer Shardul Thakur and Kiwis opening batsman Colin Munro had nasty collision midway on the pitch.

It all happened in the sixth over of the Blackcaps’ innings when Colin Munro attempted to run for a single and Thakur comes in between the path of the batsman in order to stop the ball. Hence they both were involved in a nasty collision. Shardul Thakur was not at all happy with the Colin Munro as he fell on the ground after getting pushed.

Earlier in the match, after winning the toss New Zealand decided to bat first at Eden Park in Auckland. Meanwhile, in the first innings, hosts could manage to score only 132-5 at the end of the 20th over, thanks to India’s tight bowling spells. Today from Blackcaps’ only Martin Guptill looked comfortable in front of Indian bowlers. He has scored 33 off just 20 balls before getting out in the hands of Shardul Thakur.

In the reply, Team India chased down the score comfortably inside 18 overs and hence team India won the match by 7 wickets. During the run chase, KL Rahul was the top scorer who scored unbeaten 57 off 50 balls. Now with this win, the Indian team is leading the series (2-0) with 3 matches remaining.