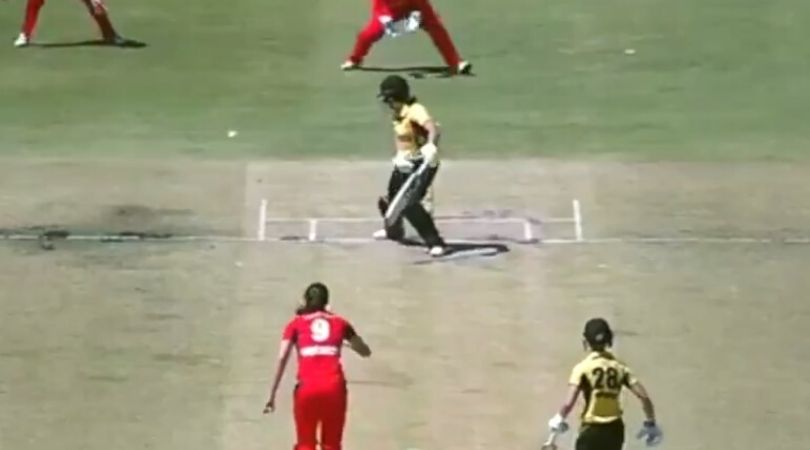 The 24-year old player, who plies her trade with the Adelaide Strikers at the Women’s Big Bash League, pitched her delivery to land far-outside the off-stump. This peculiar pitching, however, turned out a guise, as the ball swung-in sharply after landing, dislodging the opposing batter’s stumps. The batswoman on-strike stood completely befuddled after facing what was most certainly a ‘jaffa’. Check out the video to get some taste of the action, which Sportsrush correspondent Dixit Bhargav aptly labels the ‘Banana-Swing’.

Still wondering how Tahlia McGrath did this…? 😲 #WNCL pic.twitter.com/QnDpQXRu7U

McGrath would eventually finish her spell with impressive figures of 10-1-56-2. Yet it was her captain Megan Schutt who emerged as South Australia (SA) best bowler. Schutt recorded bowling scores of 10-0-35-3. Her Western Australia (WA) counterpart Chloe Piparo, though, offered solid resistance to the visitors’ fast-bowling onslaught. Top-scoring with 76-runs of 112-balls, Chloe propelled her team’s total to an impressive 251/9. Certainly competitive, especially from 35/2 at the 6-over mark.

McGrath followed up her bowling brilliance with an impressive knock 93-run knock, coming off 87-balls. Her power-packed innings, laced with as many as 15-boundaries, puts her in good-stead as one of the front-runner replacement-choices for the Australian Women’s team  presently competing in the World T20. Yet her batting brilliance could fell 13-runs short, as hosts WA bowled SA out for 238 in 48.2 overs. Off-spinner Emma King turned out to be the wrecker-in-chief for the home-side with solid figures of 10-0-35-3.