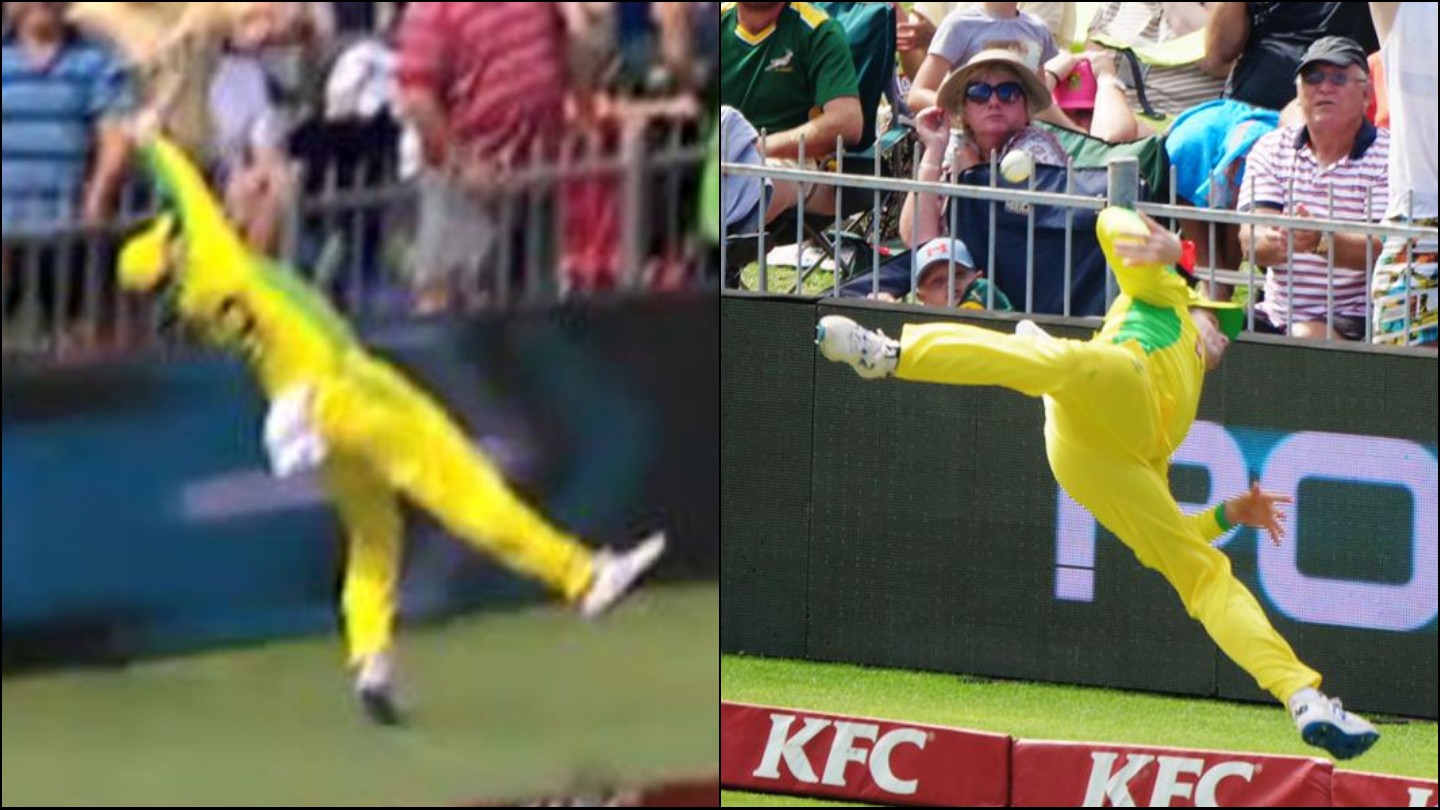 On Sunday, South Africa after winning the match by just 12 runs has levelled ongoing South Africa vs Australia T20 Series (1-1). And now the third and final game of the series will be going to commence on 26th Feb at Newlands in Cape Town. Meanwhile, during the second T20 match Australian Steve Smith tunned everyone with his superman effort to save runs.

It all happened on the second ball of the sixth over when Adam Zampa pitched a short ball and De Kock smashed it hard, initially it was looking a clear six, however, Steve Smith had another plan. Australian fielder Smith rushed to his left at deep mid-wicket and flung himself in the air like a superman and saved a clear six. Even the commentators got stunned with this marvellous effort from the Australian fielder.

“That’s superman … that is absolutely unbelievable Steve Smith,” said one of the surprised commentators before adding: “So many would just give that up because they’ve literally got no chance. If anything, you’ve got one per cent chance. That is out of this world.”

The video of the incident is making rounds on the internet platform. This effort from the Australian Smith probably is the best effort of this year so far. Here we are attaching the same at the below of this article.

Earlier in the match, after winning the toss South Africa decided to bat first at St George’s Park in Port Elizabeth. Meanwhile, in the first innings, the Proteas team managed to score 158-4 at the end of the 20 overs. Initially, it was looking that South Africa probably shorts 15-25 runs, however, they have defended the score very nicely. From South African team skipper Quinton de Kock scored a beautiful inning of 70 off just 47 balls. In the reply, the Australian team could manage to score only 146-6 at the end of the 20 overs and hence lost the match.