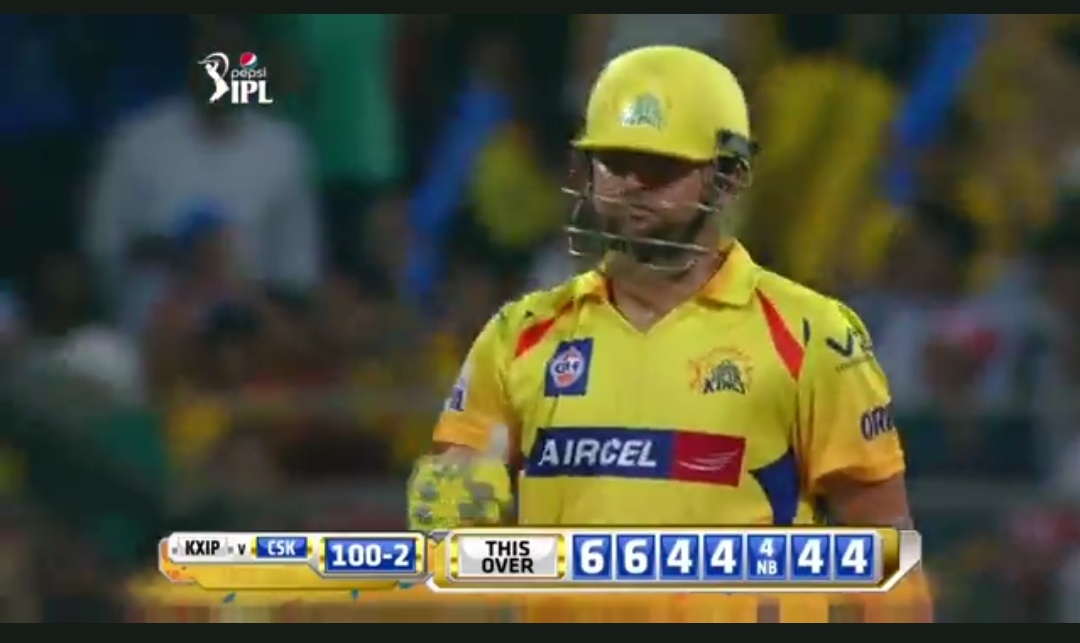 Suresh Raina is considered as one of the greatest T20 batsmen. His outstanding record in Indian Premier League has earned him the tag Mr IPL. The southpaw is a key player of CSK since the first season of the league. The best innings of Raina in the tournament came in 2014 in qualifier 2 match between CSK and KXIP.

It was a must-win match for both sides to make their way to the final. MS Dhoni won the toss and invited George Bailey-led KXIP to bat. However, the decision didn’t go in CSK’s favour. In the batting-friendly pitch of Wankhede, KXIP openers Virender Sehwag and Manan Vohra started the fireworks. In 10 overs Punjab’s score jumped above 100 without losing any wicket.

Sehwag went on to score his second IPL century. Sehwag’s 122 off 58 balls helped KXIP set a mammoth 227-run target for Chennai. During the knock, Sehwag hit 12 fours and 8 sixes. On the other hand, CSK had a nightmare start as they lost opener Faf du Plessis on the 2nd ball of the innings.

Suresh Raina came at no.3 after Plessis departed for a golden duck. Raina started hammering the ball from his first delivery. He started his innings with a four off Mitchell Johnson’s 150 KMPH ball. In the 2nd over of the innings, the southpaw alone aggregated 18 runs. He was looking for a boundary in every single ball he was facing. Amid the storm of runs, struggling Dwayne Smith lost his wicket scoring 7 off 11 balls.

In the 6th over, Pravinder Awana got the special treatment as Raina smashed 33 runs off his over. Raina hit 7 boundaries in the over including 2 sixes and 5 fours (1 in no ball). This was only the 2nd instance in IPL history after Chris Gayle’s 7 boundaries in an over to Prasanth Parameswaran in IPL 2011. Gayle had hit 37 runs off the over with 3 fours and 4 sixes (1 in no ball).

An all time great IPL knock.@ImRaina 87 off 25 balls in IPL 2014 Qualifier vs KXIP.
84 off which came through boundaries.#IPL @ChennaiIPL

However, unfortunately, in the first ball of 7th over, a mix-up with McCullum and a direct hit from KXIP skipper George Bailey ran Suresh Raina out. Suresh Raina’s super quick knock ended scoring 87 runs in 25 balls including 12 fours and 6 sixes. It was the turning point in the match as no other batsman played with the same mindset as of Suresh Raina. Wickets kept falling and MS Dhoni at the one end was helpless. Dhoni scored unbeaten 42 off 31 balls. Chennai lost to Punjab by 24 runs and all the hard-work of Raina went in vain. Sehwag was named man of the match his century.