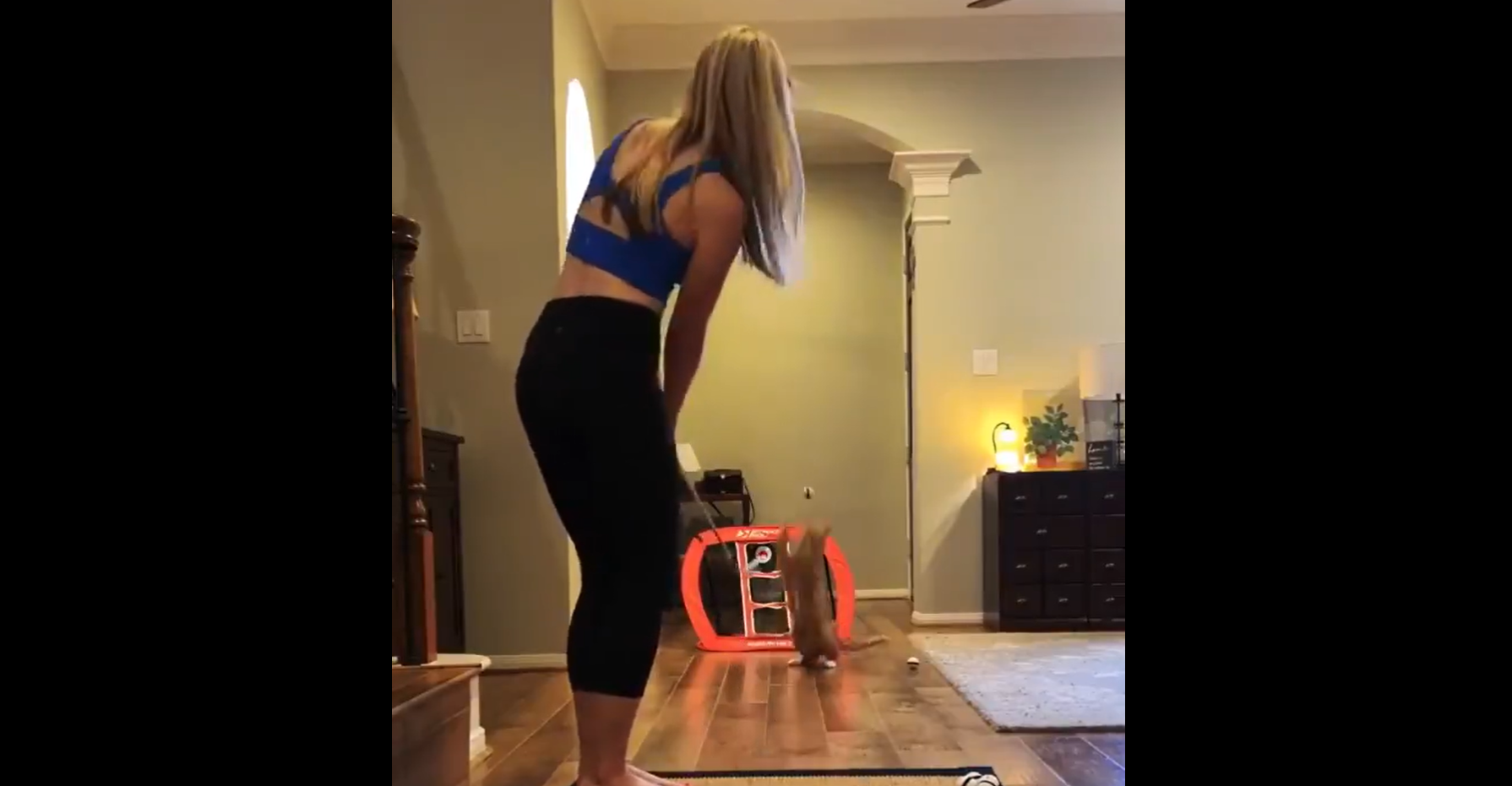 Animals are human’s best friends. The way they care for you is unmatchable. Their antics sometimes leave everyone in splits. At other times, their actions make us simply wonder how they can pull off something unbelievable. Many a times, animals are trained to do certain task and they do it with such panache they even humans are left baffled. Recently, former Australia cricketer Dean Jones shared a video of a cat taking catches splendidly.

The cricketer-turned-commentator posted a video on Twitter where a cat is seen taking beautiful catches. The catches are so clean that even sometimes great fielders fail to take such clean catches. The cat is making the jumps and stretching its arms with perfection, without any miss. In the video, the cat is given three chances and it grabs all three of them.

While sharing the video, Jones admitted the fact that he has seen worst fielders. What Jones said is actually true to an extent. Sometimes, fielders make silly mistakes and spill even the easiest of catches, unlike this smart cat.

Even Harsha Bhogle was impressed

“I have seen worst fielders I can assure you! #whatacatch #gothim,” Dean Jones captioned the video, and more than 8 lakh people have seen it.

Famous Indian commentator Harsha Bhogle was so fascinated by the cat’s wonderful display that he couldn’t keep himself from commenting. He specifically liked the second catch very much. “That second catch!” Bhogle responded to the video.

Even some Chelsea and Manchester United fans were impressed by the cat. They joked that the cat has got it all to replace their current goalkeepers Kepa Arrizabalaga and David de Gea, who didn’t have a good run recently and that costed their teams.

A fan’s liking knew no bounds and he went on to compare the cat with all-time great, former South Africa cricketer Jonty Rhodes. Rhodes was always known for his amazing fielding skills on the field.