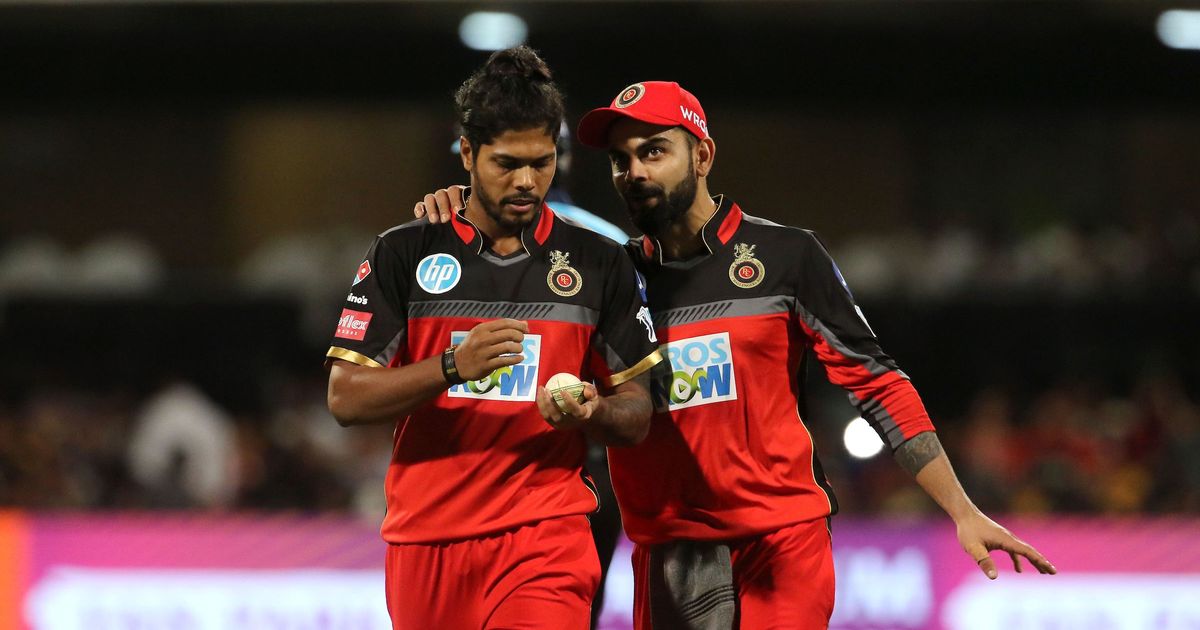 Thursday’s Karnatka-derby match between the Kings XI Punjab (KXIP) and Royal Challengers Bangalore (RCB) ended rather one-sidedly; with the former scripting a 97-run win against their out-of-sorts rivals. Captain KL Rahul led his side from the front and powered his way to a magnificent, 62-ball century. The high-margin win takes Punjab to the top of the points table, while RCB has taken a wallop to their Net Run Rate and plummeted to sixth-place.

It was a rather tough-break for Bangalore and their #eesaalacupnamdhe fan army. Just a couple nights ago, the team put up a spirited performance against the Sunrisers Hyderabad and registered a win in their opening game; something the franchise hadn’t been able to do in four years. But the batting-friendly pitch that was on offer here at the Dubai International Stadium saw the Bangalore bowling attack return to their old, run-conceding ways. Barring their spinners Yuzvendra Chahal and Washington Sundar, each of their bowlers conceded at more than 9-runs per over.

But in all fairness, it was their two most-experienced speedsters, Umesh Yadav and Dale Steyn’s performances that let the team down. Neither bowler was able to bowl with the ‘aggression and intent’ captain Virat Kohli is always on lookout for. Instead, they chose to pepper Rahul and co with length, medium-paced deliveries; which gripped just perfectly on Dubai’s sluggish pitch to strike the bat plumb in the middle and go the long distance.

Sadly, RCB’s bowling problems weren’t just restricted to the length aspect of things. With dew coming onto play later in the innings, some of the RCB quicks got a bit reckless with their lines too, and ended bowling a couple of ‘shockers’. None probably worse, than this beamer Umesh Yadav bowled in the 10th over. The above-waist delivery splayed wide down the leg-side, and even Joshua Philippe couldn’t stop it with his dive. It looked almost certain to reach the fine-leg boundary, but thankfully; Yuzi Chahal stopped it right on time and saved a whopping two-runs for his side. Not that it helped much; Rahul clobbered the next free-hit ball for a six over extra-covers anyways. Here’s the video:

A high-on-confidence KXIP team will now regroup on Sunday to play against the Rajasthan Royals at Sharjah. RCB, meanwhile, will stay back in Dubai. and prepare for their upcoming clash against the Mumbai Indians next Monday.