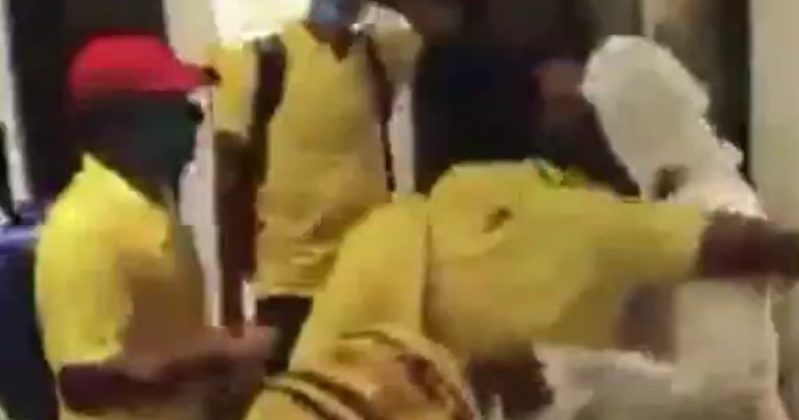 The Chennai Super Kings’ (CSK) IPL campaign has fallen into jeopardy after yesterday’s announcement that ten of their staffers, including an Indian player, tested positive for COVID-19. Shortly after, batsman Suresh Raina also returned to India for ‘personal reasons’, and won’t play for the CSK team this year. And right when things couldn’t seem to become any worse, a viral video has emerged on social media which has stirred dissent among fans.

On Thursday, some users circulated a video on Twitter that featured several CSK players engaging in embraces with a man at the Dubai Airport. While most players couldn’t be recognized, fans could identify all-rounder Kedar Jadhav coming in close contact with the aforementioned-person. Many users criticized the CSK management for blatantly flouting the recommended, social-distancing norms. And with the recent developments regarding their staff-members testing positive; the fans’ disappointment at the management seems quite justified.

Who is responsible for this ?? Is this the protocol or SOP provided by BCCI ?? Hugging etc is allowed as per BCCI protocol ?? . This is totally unacceptable when they clearly knew COVID is still there pic.twitter.com/Cnfxcgm0nk

Further, some users also conveyed their disappointment over CSK’s decision to host a pre-season camp in Chennai. As per sources, the BCCI had strictly advised the team against organizing any such event in India. But the management ignored those recommendations and went ahead with the camp. Many people speculate that attending the camp could’ve had infected the staff members. But that criticism is somewhat moot since none of the players tested positive in the tests conducted at Chennai.

While the BCCI and the CSK have been tight-lipped about the situation; but various reliable sources have informed that fast-bowler Deepak Chahar was the first player who tested positive. As per the latest series of reports, batsman Ruturaj Gaekwad has also shown symptoms, and returned positive test results.

These unfortunate developments have put a massive halt to CSK’s pre-season training process, who were preparing to begin training at the end of their week-long quarantine. The whole team will now have to observe quarantine for 5-more days; while the infected players will have to stay in isolation for two weeks. And even then, only after they’ve produced negative results in at-least 2 successive tests would they be allowed to join their colleagues in the bio-secure bubble. Suffice to say, their preparations have taken a big hit.