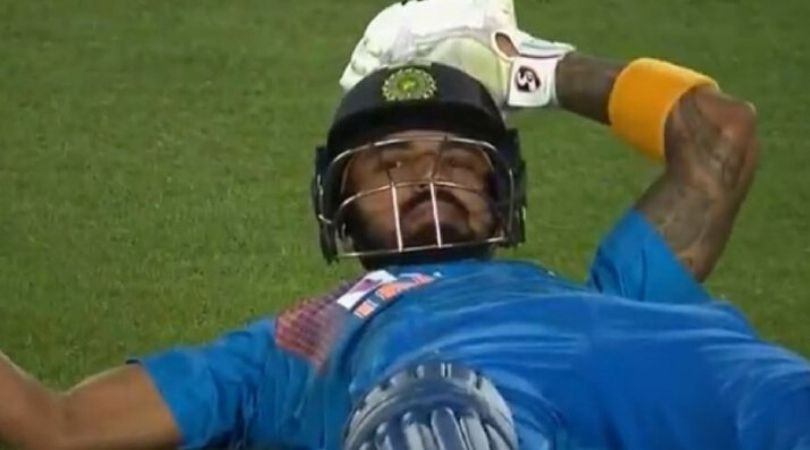 Virat Kohli Almost Ran KL Rahul Out In Bizarre Mix Up: On Friday, the first T20Is match of India’s tour of New Zealand commenced at Eden Park in Auckland. Both teams have to play five matches T20I series following by 3 ODIs and 2 Test matches series. Meanwhile, during the first match of the ongoing 5 matches T20I series, Indian skipper Virat Kohli and KL Rahul involved in a bizarre mix-up.

It all happened in the sixth over of the Team India innings when Rahul played a Hamish Bennett delivery towards cover and instantly called for a single. However, thereafter KL Rahul refused the single at midway and hence found himself and Virat Kohli eyeing to run towards the same end. But Luckily Virat and KL Rahul survived as New Zealand players missed two opportunities in a single ball to ran out KL Rahul.

The video of the incident is getting viral over the Internet. It is a comedy of error by the Blackcaps as they have missed two easy opportunities a single ball. Here we are attaching the video of the same at the below of this article.

Earlier in the match, after winning the toss Team India invited the hosts to bat first at Eden Park in Auckland. Meanwhile, in the first innings, New Zealand managed to score 203-5 at the end of the 20 overs. From Blackcaps Colin Munro was the top scorer who scored 59 off 42 balls. However, the skipper Kane Williamson and Ross Taylor played the innings with good strike rate and helped the team to set a good target. Kane Williamson scored 51 off just 26 balls and Taylor scored 54 off just 27 balls.