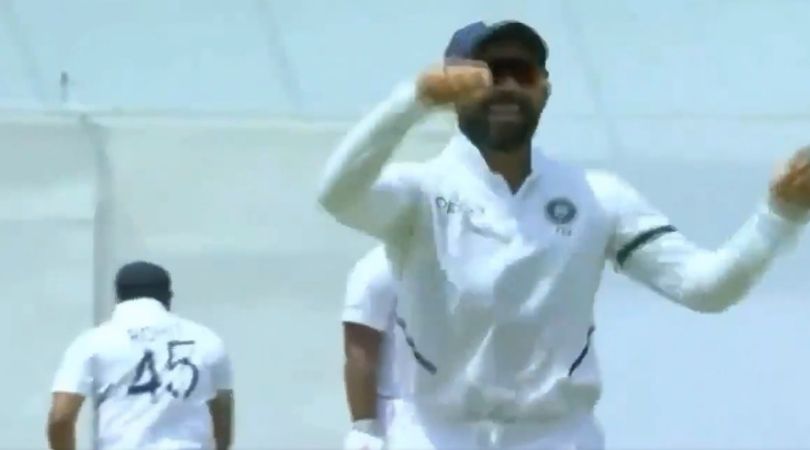 This is not for the first time that Indian captain Virat Kohli seen performing the dance on the field. 30-years-old never misses any chance to make the moment special on the field or off the field. However, he also gets angry very early which maybe his negative side. But since the captainship handover to him many changes in his behaviour raised.

Currently, Team India is playing the matches against West Indies in the United States of America. And under the 30-years-old captain, Team is doing very great Job in the tour. As Windies have lost the home ODI series and T20 series by 2-0 and 3-0 respectively against India. Well, after losing in the first test match by a huge margin, Team India is in a great position to clean sweep the tour.

The Indian skipper is enjoying his time in the United States of America, as team India remains unbeaten so far in the ongoing tour. And it is a very big achievement for any captain to have this fabulous record outside the home.

Meanwhile, Virat Kohli has been seen dancing for a couple of time in the ongoing tour of the United States of America. Earlier, in the T20 series, he had enjoyed his moment by performing ‘Bangra’ Steps in the stadium. And now switching to Test Format, he has also switched his dance version from Bangra to Dandiya. During the first Test Match, an incident has been recorded in which he is performing some Dandiya Steps. And the video of the incident has been going viral on the social media platforms.

Recently in the Chahal TV, Virat Kohli has opened up on frequently dancing on the ground.

“I am in a good headspace so whenever I hear music, I feel like dancing. I just want to enjoy myself on the field. Doesn’t matter if I am the captain or not, I don’t want to get into a typical mould that I have to stand in a particular manner.”

“God has given us such a wonderful life and opportunity to play for the country, so I think it is important to enjoy these small moments,” Kohli was quoted as saying