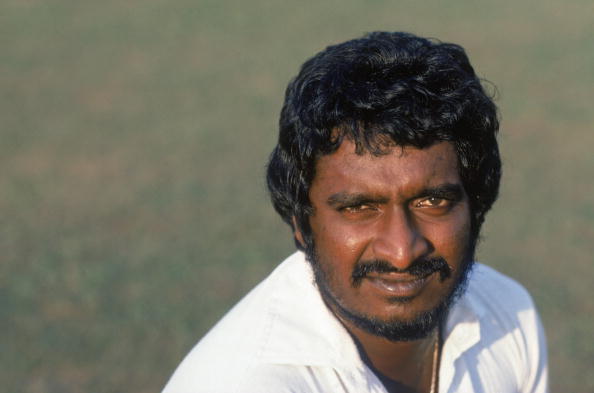 Indian Former cricketer Gundappa Vishwanath was one of the finest batsmen of his time. The stroke-making ability of Vishwanath made him special batsman of his era. He had represented team India in between 1969 to 1983. However, his wrist work can be compared with today’s modern era batsmen. Meanwhile, a video of his stroke from 1979 shared over social media. In the video, Vishwanath is playing a magnificent shot, looks like MS Dhoni Helicopter.

A journalist, Navneet Mundhra has shared the video on his twitter handle. However, the video is from 1979 so it has some clarity issues. Despite that, we can feel the shot as Helicopter Shot of the ancient era. The former cricketer had played the shot just like MS Dhoni Helicopter Shot a way back in 1979.

The shot came when the West Indies pacer Norbert Philips had delivered the ball to the veteran Gundappa Vishwanath in 1979. It was a fantastic looking shot. And just a carbon copy of the helicopter shot.

RARE GOLD – Gundappa Vishwanath playing a helicopter shot way back in 1979… Look at the second shot in this video and tell me what was it? pic.twitter.com/WCvJCq1RcT

Navneet Mundhra posted this video with a caption, “RARE GOLD – Gundappa Vishwanath playing a helicopter shot way back in 1979… Look at the second shot in this video and tell me what was it?”