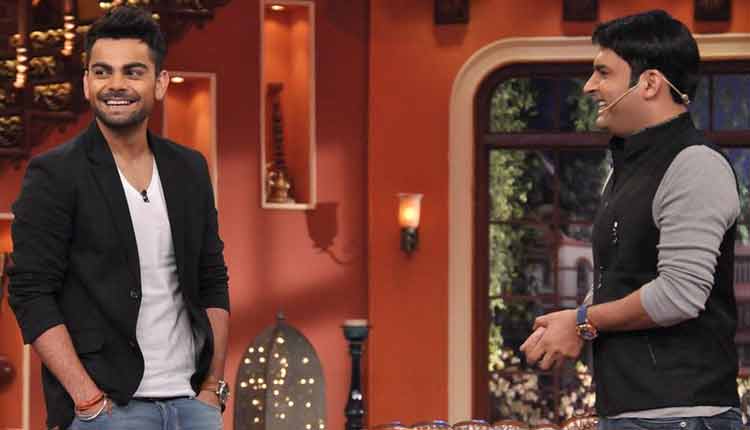 Indian cricket captain Virat Kohli is one of the most popular personalities in India. He is well known for his batting skills and now he is doing a good job as the captain of India. Even his association with Bollywood through his wife Anushka Sharma or his love for Punjabi songs is not a new thing. We have seen him much time enjoying with dance moves on Punjabi songs.

However, a few people have the knowledge he is also a very good mimic artist. Recently, a throwback video of his mimicking is going viral over the Internet. The video is from the times while he was a youngster and unmarried. Actually, during the time he made his presence in the famous TV show ‘The Kapil Sharma Show’. And there he was asked about his good mimicking skills and then Virat Kohli started mimicking Bollywood actor Anil Kapoor, Indian cricketers Yuvraj Singh and Ishant Sharma.

On this particular show, Kapil Sharma asks Virat to do mimicry of a few people from the cricketing world or any celebrity. Even Sidhu is seen encouraging Virat who first mimics Ishaan Sharma, the Indian fast pace bowler and then goes on to mimic Yuvraj Singh who was a senior player for Virat. It was a fun moment for the fans who were watching at that time. The best part of the mimicking was when he mimics Yuvraj Singh without any verbal way.

Then Similarly Virat mimics the Bollywood actor Anil Kapoor. Meanwhile, he used a dialogue of Anil Kapoor’s movie that possibly stars Madhuri Dixit. Upon looking at Kohli’s acting and dialogue delivering Anushka Sharma may think to give him a role in the movie. Here we are sharing the video of the incident which is very funny to watch.