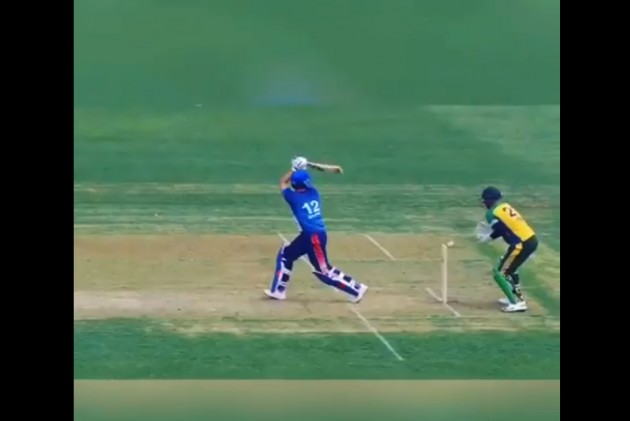 After an incredible career, recently, Yuvraj Singh had taken retirement from International cricket. Meanwhile he has shown interest to play cricket across the world in different leagues. Since his retirement, the Sixer King Played his first match in GT20 Canada campaign on Thursday. But Yuvraj Singh wicket in the first match of GT20 was the most Bizarre scene.

Indian former cricketer Yuvraj made his debut in the GT20 Canada League. He has been included in the Toronto Nationals, even he is leading the side. But he couldn’t make any big impact in the first clash as he got dismissed for 14 runs off 27 balls. The dismissal of the all-rounder in the match was one of the epic scene.

Indian all-rounder started walking even without waiting for review. And on-field umpire has also given him out without referring to third umpire. While after the dismissal the footage of Bizarre wicket shown in the big screen, it was clearly not out.

Yuvraj Singh wicket in the first match of GT20

After a slow start Yuvi decided to look out for big shots. In the Cheema’s over, he tries to hit hardly a swinging delivery but couldn’t made any contact with bat and ball. Even the wicket-keeper didn’t get the ball and the ball deflected from his body to the stumps. While the ball strikes from wicket-keeper, Yuvi was outside the crease. But when ball hit the stump he was clearly inside the crease. At last, Yuvraj Singh has already started walking up and umpire has also given him out without TV replays.

Here is the video of the stumping:

Playing for Toronto Nationals in opening match of Global T20 Canada,Yuvraj Singh walked off despite being not out.The 37-year-old was stumped in Vancouver Knights' bowler Rizwan Cheema's over after wicketkeeper dropped catch on stumps.Yuvraj was still in crease as per the replays pic.twitter.com/KztPLtQoI1

Chrish Gayle, Brendon McCullum, Kieron Pollard and Andre Russell were the other popular players in the first clash.