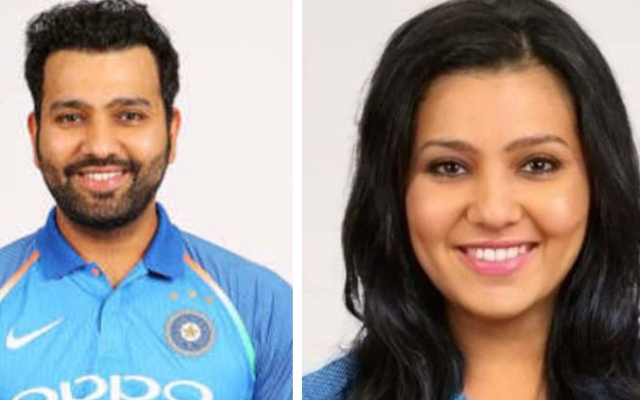 It’s hard to keep team India leggie Yuzvendra Chahal away from social media. The Haryana-based RCB leg-spinner has utilized the ongoing pandemic social-distancing time to acquire immense following around his life outside of cricket. Over the past three months, we’ve been able to feature him, and his social media stunts more so than any other player’s story; quite a strong indication of his hustling-bustling on-screen life.

He makes a return on our feature segment; courtesy of a hilarious tweet posted on his Twitter account earlier today. After his ample celeb-gatecrashing and meme-ing experiences, the Chahal TV CEO seems to have discovered a novel way of enjoying his social media time- photo-morphing. A few days back, Rohit Sharma, deputy captain of the Indian-side and one of Yuzi’s fun-poking buds; had trolled him by commenting on one of his Instagram pictures.

“Kapde ke andar tu hai ya kapda tere andar hai?” (T: Are you wearing the clothes or is the cloth wearing you). Rohit had commented on a picture of Yuzi sporting a shirt; which left many fans in splits. Chahal, to his credit, had tried to retaliate with a hilarious counter from his side. “Jaise iss lockdown mein aapke cheeks bahar aarahe hai mujhe kapdo ke andar hi rahne do, cutiepie rohitaaa sharmaaa!” (T: The way your cheeks are coming out in this lockdown, let me stay inside the clothes only).

But it turns out Yuzi had quite some ideas to back up his ‘cutie-pie Rohita Sharma’ claim. Check out his Twitter post; that should give an idea of what we’re talking about.