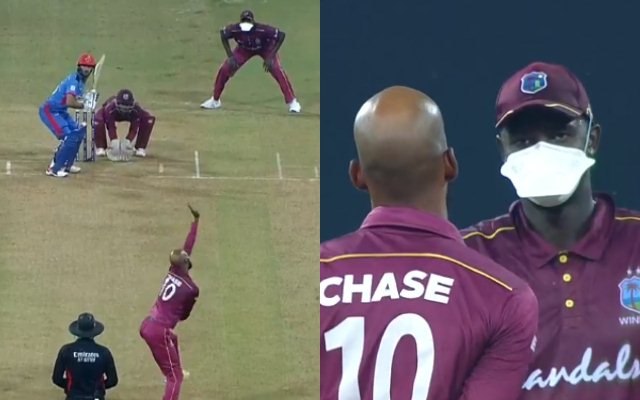 Afghanistan and West Indies are currently on India tour to play ODI series, T20 series and one test match against each other. All the matches in the tour to be played on Ekana Cricket Stadium of Lucknow. This ground is also the home ground of Afghanistan team.

In May 2019, Afghanistan Cricket Board had requested BCCI to Ekana stadium for their international matches. In August 2019, BCCI awarded the venue to Afghanistan as their third home venue in India, being previously played in Dehradun and Greater Noida.

However, West Indies have beaten the home side in first 2 ODI of the series. Yesterday, in 2nd ODI, West Indies batted first and scored 247. While chasing, Afghanistan side was all-out on 200 in 45.4 overs. Nicholas Pooran won man of the match for scoring 67 in 50 balls. With this win, Windies won their first ODI series in last 5 years.

Meanwhile, we have seen players wearing masks on the cricket field to save themselves from polluted air. Recently, Bangladesh players were seen practising wearing masks in Delhi due to smog. But, in yesterday’s match between Afghanistan and West Indies, players had to wear masks but this time smog was not the reason. The reason behind this was huge groups of moths flying in the ground. 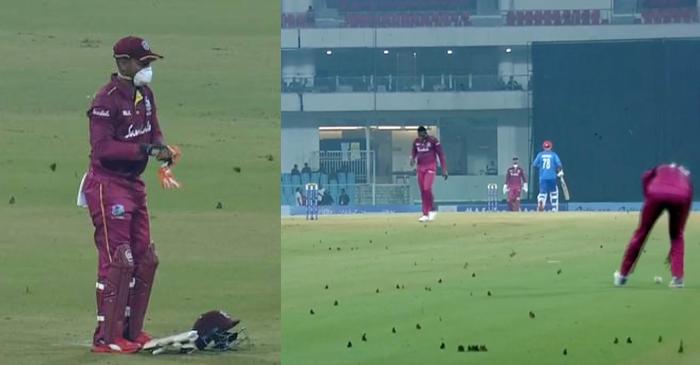 As the floodlights turned on, groups of moths attacked the ground and made themselves comfortable in all over the ground. Moths forced West indies players to don masks. Swarns of moths were flying around the pitch and near the boundary rope which created difficulties for the tourists. Skipper Kieron Pollard and Jason Holder had a chat with umpires regarding the same, following which umpires allowed them to wear masks.

The Carribean side still managed to perform well and they all-out hosts on 200. But both teams might face more troubles in upcoming matches as all matches to be played on the same venue. 3rd T20 is scheduled to play on 11 November.