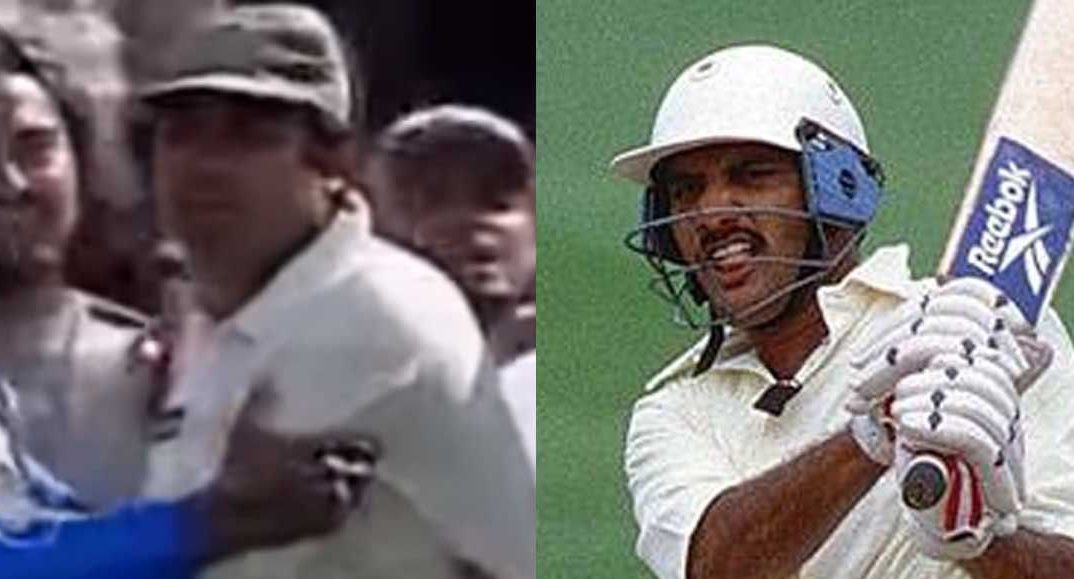 The Sahara Cup, a bi-lateral cricket series played in Toronto between arch rivals India and Pakistan from 1996-98 featured some thrilling cricket action also a few tense moments off the field. The 1997 edition witnessed an uncalled for incident; something that provoked Pakistan batsman Inzamam-ul-Haq, while fielding to charge into the crowd wielding a bat in his hand, and in striking distance of attacking a spectator.

The Incident
The incident involving Inzamam-ul-Haq was provoked after a spectator was found passing nasty remarks over Inzamam’s physical appearance. A plump Inzamam seemed to have been constantly taunted by the remarks (which he was commonly referred to as ‘aloo’ – a potato) and had enough of it. After the initial near fight broke up and things were resolved, Inzamam barged back into the stands with a bat in his hand only to be held back by other spectators and teammates. It was an uncalled for sight in which the cricketer could be seen raising his bat in anger and almost striking the spectator.

Waqar Younis Has A Different Take
Former Pakistan Waqar Younis however had a different take on the whole incident and claimed that it wasn’t only for the remarks passed at Inzamam but something else too that provoked his anger. Over the years, Inzamam was a recipient of been referred to as ‘aloo’, so it would be enough to provoke him. As Younis said the fan has passed a comment over former India cricket Mohd. Azharuddin’s wife. What was said was really inappropriate and uncalled for. In the heat of the moment, Inzy lost his cool and went up to the fan.

“Yes, there was someone calling him ‘aaloo’. But also, what exactly happened [was that] there was someone in the crowd who was not very good to Azharuddin’s wife – I think they were just talking some rubbish – and Inzi being Inzi, he didn’t really like it. And as I was mentioning, the friendship off the field between these two teams’ players was outstanding, it was amazing, they had a lot of respect for each other”, Younis added.

Younis Recalls The Incident
As Younis potrays it – “And what happened [was] because someone was really being rude to Azza’s wife and Inzi just, I don’t know what happened to be very honest, he just decided, he asked, I think Saleem Malik was captain [Ramiz Raja was the Pakistan skipper], he asked Saleem to move him to that fine-leg third-man region, and that’s where he went. And he just asked for the 12th man to bring the bat, and he just gave it to him, and he just ran up the stairs in the scaffolding and brought it down.”

The aftermath of the incident saw Inzaman serve a two match ban.